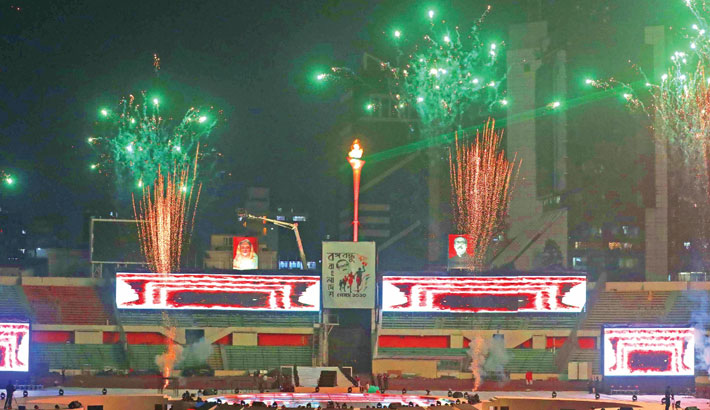 A sparkling fireworks display is seen during the inaugural ceremony of the Bangabandhu Bangladesh Games at the Bangabandhu National Stadium in the capital on Thursday. — Reaz Ahmed Sumon

The Prime Minister is also the chief patron of the games. She greeted all involved with the games including organisers, participating athletes, and officials. She also advised to strictly follow the health measures during the Games.