Another humiliation or consolation win? 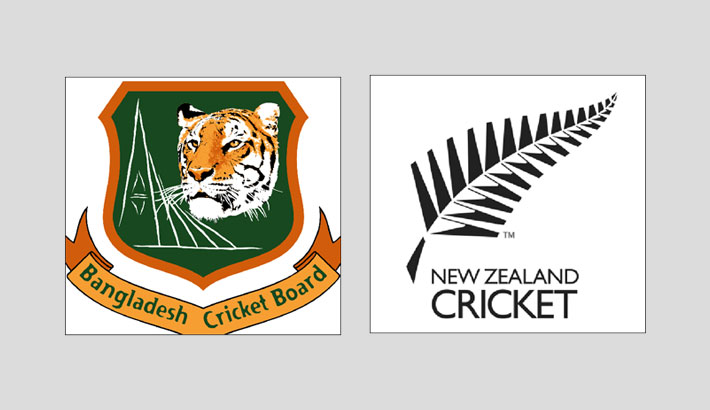 Bangladesh will fancy their chances of beating New Zealand in their own backyard for the last time in their ongoing New Zealand tour when they take on the hosts in the third and final Twenty20 international at Eden Park, Auckland today.

The match is scheduled to start at 12:00pm and will be telecast live on T Sports. Bangladesh had high hopes of ending their losing streak in New Zealand against the hosts before they flew to the nation last month.

However, as days passed and Bangladesh started to face New Zealand in the field, first in the 50-over format and then T20Is, it looked like they had imagined beyond their capacity.

Apart from a few remote incidents, the Tigers never looked like a unit that has the capability to beat the hosts.

The Tigers had lost 26 international matches across all three formats before this time and their losing all five games before today’s last encounter, took the tally to 0-31 against the hosts in New Zealand.

Bangladesh Cricket Board sources confirmed that Mushfiqur Rahim will undergo a fitness test before the last match and if he passes it, the chances are high that he may play the T20I. Mushfiqur skipped the opening two games due to his shoulder and finger injury.

While skipper Mahmudullah is still nursing a thigh injury, he can possibly be unavailable in the last game and in that case either Mohammad Mithun or Liton Das can lead the team.

If both Mushfiqur and Mahmudullah remain unavailable then Nazmul Hossain is expected to fill the slot in the XI.

However, with more rain predicted in Auckland, Bangladesh’s chances look slim to break their duck against New Zealand in this tour also.

Soumya Sarkar, who struck a half-century in the second T20I only to go in vain after the rest of the batsmen failed to keep the momentum, said that if they can put up a combined effort they have all the chance to earn their maiden win in New Zealand.

“Winning is very possible in the New Zealand ground,” said Soumya. “We have to blame only ourselves as we failed to do so as all our three departments are not clicking together.

“Our fielders were quite good in the last game, still, there were minor mistakes, and we need to work on them in the next match. We still have one game to go and if all our three departments lighten up at the same time, then we can prepare a very good opportunity for us to finally register a win in New Zealand,” he concluded.