110 documentaries to be screened at the 5-day festival 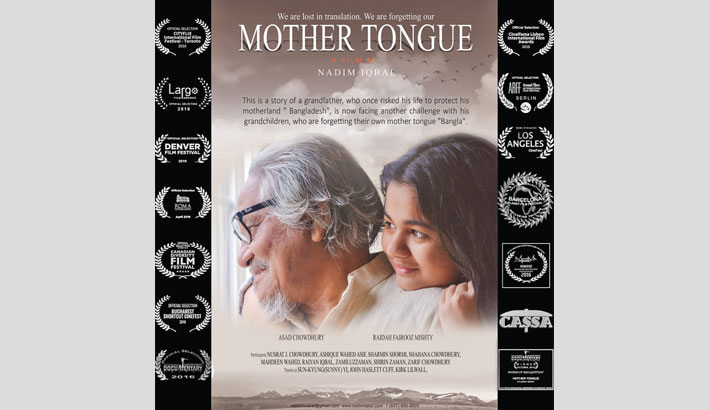 The 9th edition of Liberation DocFest will begin on April 6. Liberation War Museum is organising the five-day festival.

Nine documentaries will be screened at the foreign competition categories. The foreign films will be selected by a jury, consisted of famous film personalities of the South Asia region, including, Indian renowned filmmaker Supriyo Sen, Nepalese director Mitu Varma and South Korean filmmaker Moon Chil-Park.

The festival will also screen 12 documentaries, along with a special exhibition of twenty five one-minute short films.

Besides, a workshop and pitching session titled ‘Exposition of Young Film Talents: Storytelling Workshop for Documentary Filmmakers’ will be held on April 7-10, in association with Dhaka DocLab.

The Liberation DocFest Bangladesh previously known as ‘International Festival of Docufilms on Liberation and Human Rights’ is a festival dedicated to documentary cinema, seeking to highlight the struggle for Liberation and Human Rights of people in various parts of the world and its contemporary significance.  It seeks to uphold new forms of viewing the human suffering and struggle for justice in global perspective. Festival also focuses on breaking new ground and on the great diversity and vitality of storytelling and creativity of the documentary genre.