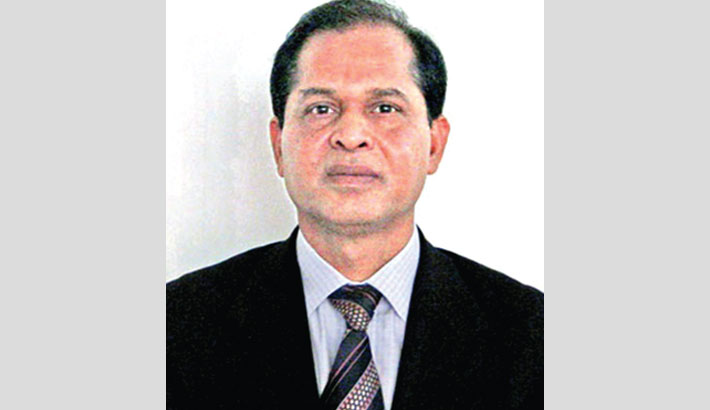 Prime Minister Mr. Narendra Modi came to Dhaka on 26 March 2021 on a 2-day official visit to Bangladesh in connection with the celebrations of the golden jubilee of our independence, birth centenary of the Father of the Nation Bangabandhu Sheikh Mujibur Rahman and 50 years of the establishment of diplomatic relations between Bangladesh and India. In addition to the celebration part, Prime Minister Modi led an official meeting on 27 March with his Bangladesh counterpart Sheikh Hasina as well as called on the President of Bangladesh Mr. Md. Abdul Hamid. He also attended a number of other programmes, including private programmes, even outside the capital Dhaka. The visit concluded with signing of 5 Memorandums of Understanding (MoUs) and launching of 7 events through video-conferencing.

After his arrival at Dhaka airport on 26 March morning, the Indian Prime Minister was received by our Prime Minister Sheikh Hasina. After completion of official ceremonies at the airport, including the guard of honour, he went to the National Martyrs’ Monument, Savar to pay homage to the freedom fighters who had made their supreme sacrifices in our Liberation War.

The Indian Prime Minister handed over the Gandhi Peace Prize conferred on Bangabandhu Sheikh Mujibur Rahman to Sheikh Rehana and inaugurated the Bangabandhu-Bapu Digital Exhibition. He also paid rich tribute to the memory of Bangabandhu Sheikh Mujibur Rahman at the Bangabandhu Mausoleum in Gopalganj. As part of his private visit, Mr. Narendra Modi visited the Jeshoreshwari Devi Temple in Sathkhira and Orakandi Temple in Gopalganj. Undoubtedly, his visit to these two temples has given the Indian Prime Minister a clear impression of the religious harmony traditionally prevailing in Bangladesh.

An official meeting between the two Prime Ministers was held on 27 March, though it was not the main purpose of this visit. While examining the discussions and decisions of this meeting, we can see that at least ten issues were raised by each side. The issues raised by India were finalization of the draft of the agreement for sharing of water of the Feni River; early implementation of the MoU on withdrawal of water from Feni River signed in 2019; at least one major land port without port restrictions or with negative list of restrictions on the border with North Eastern Region of India; removal of practices against Indian companies from participation in tenders floated by Bangladesh Government; connectivity between Guwahati and Chattogram and from Mahendraganj of Meghalaya to Hili of West Bengal; early operationalization of the Agreement on the use of Chattogram and Mongla ports for movements of goods to and from India; transhipment arrangements in Munshiganj and Pangaon; completion of border fencing at all pending sectors at the international border; etc. The issues raised by Bangladesh were conclusion of the long-pending agreement on the sharing of water of the Teesta River; excavation of the remaining portion of Rahimpur Khal for utilization of Kushiyara River water for irrigation; lifting of the new policy of Indian Customs stipulating verification of certificates of origin issued from Bangladesh; meaningful cooperation on jute sector, particularly withdrawal of duties on export of jute products from Bangladesh; partnership of the ongoing initiative of India-Myanmar-Thailand trilateral highway project; allowing additional landports of Bhadrapur-Bairagi Galgalia, Biratnagar-Jogmari and Birganj-Raxaul to be connected with Banglabandha-Fulbari and Biral-Radhikapur by road as alternative routes; rail connectivity with Nepal and Bhutan; offering of Chattogram, Sylhet and Saidpur airports for Indian use; bringing down deaths of civilians to zero in the border and 1.3 km innocent passage through river route along with Padma River near Rajshahi; support for early repatriation of Rohingyas to Myanmar; etc.

In the meeting, the two Prime Ministers have agreed on the issues of working towards an early conclusion of the Framework of Interim Agreement on sharing of water of six common rivers, namely Manu, Muhuri, Khowai, Gumti, Dharia and Dudhkumar; expeditious feasibility study of the Ganges-Padma barrage and other alternative options in Bangladesh for optimum utilization of the Ganges water received by Bangladesh as per the Ganges Water Sharing Treaty, 1996; urgent upgradation of the Land Customs Stations/Land Ports; conclusion of the ongoing joint study on the prospects of entering into a Comprehensive Economic Partnership Agreement (CEPA); opening of new border haats at agreed locations; expeditious execution of projects under the Lines of Credit; strengthening sub-regional cooperation in power and energy sector; expedite institutional arrangements to enhance bilateral cooperation as per the already signed Framework of Understanding on Cooperation in the Hydrocarbon sector; conclusion of an MoU on mutual recognition of academic qualifications; signing of an MoU on disaster management, resilience and mitigation; cooperation in regional and sub-regional platforms on a priority basis; joining of Bangladesh in the New Development Bank; etc.

The MoUs signed during the visit were on the sectors like disaster management, national cadet corps, trade, ICT and sports. The two Prime Ministers unveiled/inaugurated, through video-conferencing, the events like the release of India-Bangladesh Friendship Stamps, memorial of the martyrs of the Indian Armed Forces at Ashuganj, Rooppur Power Evacuation Project, border haats in three locations, Rabindra Bhaban facilities in Kuthibari, passenger train service ‘Mitali Express’ between Dhaka and New Jalpaiguri, and Shadhinota Shorok (the road between Mujibnagar and Nadia). More than a hundred documents like treaty, agreement, memorandum of understanding, protocol, etc. have been signed between Bangladesh and India by this time and more will be coming in the near future. In fact, it indicates the honest and sincere intentions of the two countries to share their resources through mutual understanding and discussions to ensure maximum benefit for their peoples as well as for the overall development of the region, as Prime Minister Narendra Modi has said in his speech on 26 March at the National Parade Ground, “India and Bangladesh moving forward together, is equally important for the development of the entire region.”

We know that once a visit is over, then comes the follow-ups and implantation part of the decisions taken during the visit. It may so happen that the two leaders have agreed something but while examining the ways of execution, it comes practically difficult to stand on the decision already taken. In such cases, both sides should understand each other and try to find out alternative ways through free and fair negotiation. We believe that any problem between two real friends could be solved if they come with good intention and open mind. Each should have the feelings that it is his problem, not his friend’s problem only. It is rare in the universe that human capability fails to bring a solution of a problem. And thus, the human world has been running towards development and welfare.

We believe, the issues raised by the two parties as well as issues agreed upon by the two leaders during the visit would be thoroughly examined with highest consideration and implemented after necessary formalities so that the two peoples are equally benefited without any dissatisfaction. If that happens, then this visit of Prime Minister Modi would create further confidence among the peoples of the two countries about its effectiveness and acceptability. And there lies the significance of the visit. However, we have to wait to see the ultimate outcomes of the huge affairs in hands of the two governments.

Bangladesh and India have already an excellent bilateral relationship based on strong historical foundation. Such highest-level visits are very crucial to keep that relationship functional and spreading towards newer dimensions of cooperation for the betterment of the two countries and their people. There is no doubt that this visit of Indian Prime Minister has added further momentum to the existing relations and would usher in new ways to connect the two people for achieving greater benefits. In this context, I would like to mention that connectivity is getting prominence in every visit, including this, as it is the only way to present-day development.

Though it was not a usual bilateral visit, but it happened at a time when the whole world has been fighting against the life-threatening corona pandemic. Of course, by attending the celebrations of our Golden Jubilee of Independence, the birth centenary of the Father of the Nation Bangabandhu Sheikh Mujibur Rahman and 50 years of two countries’ diplomatic relations, the Prime Minister of our greatest friend India has, once again, manifested the depth of affinity and sincerity existing between the two countries and two peoples. Therefore, in view of the purpose of this visit, it has obviously brought the two countries’ friendship to a new height.