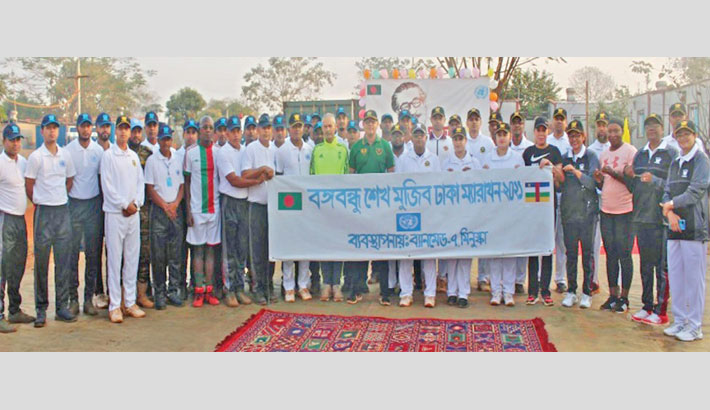 Locals and citizens of different countries working in UN peacekeeping missions participate in the Mujib Barsho Marathon held in the Central African Republic from January 10 to March 7. —ISPR PHOTO

Locals and citizens of different countries working in UN peacekeeping missions in South Sudan, Central African Republic, Mali and Congo participated in the Mujib Barsho Marathon from January 10 to March 7.

On the initiative of Chief of Army Staff General Aziz Ahmed, the ‘Mujib Barsho’ is being celebrated with due dignity in the UN peacekeeping missions where contingents of the Bangladesh Army are deployed, said an ISPR press release.

So far, 3493 people, including 134 foreign nationals and peacekeepers working in the United Nations and 95 locals, have participated in the long race organised to mark the birth centenary of the Father of the Nation.