US to invest heavily to boost offshore wind farms 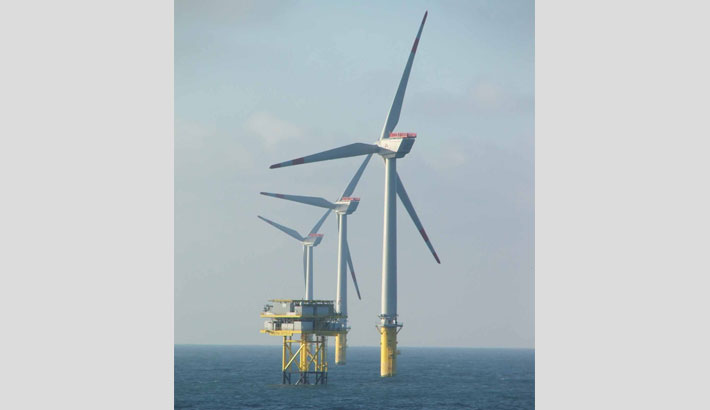 WASHINGTON: The US government on Monday unveiled plans to bolster offshore wind farms with the goal of supplying energy to more than 10 million homes by 2030, as part of President Joe Biden’s efforts to fight climate change.

The objective of the initiative - which will be carried out by the departments of commerce, the interior, transport and energy - is to produce 30 gigawatts of wind power in the country by that date, the White House in a press conference, report agencies.

Achieving the goal will require more than US$12 billion in investment per year along the Atlantic and Pacific coasts, and is expected to create tens of thousands of jobs, the administration said.

The government plans to designate an offshore wind development zone off the coasts of the New York and New Jersey. Lots will be offered for operation by the end of 2021 and the beginning of 2022.

Only one offshore wind farm is currently fully operational in the United States: the Block Island Wind Farm, completed at the end of 2016 off the state of Rhode Island and capable of producing 30 megawatts.

The Coastal Virginia Offshore Wind (CVOW) pilot project, with a capacity of 12 megawatts, saw its first phase completed in 2020. The final site is to be completed in 2026 and could supply energy to 600,000 households.

The Biden administration plans to grant US$230 million to ports to modernise and support offshore wind projects more easily. It will also grant loans up to US$3 billion to companies in the sector.

The National Oceanic and Atmospheric Administration (NOAA) will also share information with a specialised company, Orsted Wind Power North America, to plug any gaps in charting the oceans.