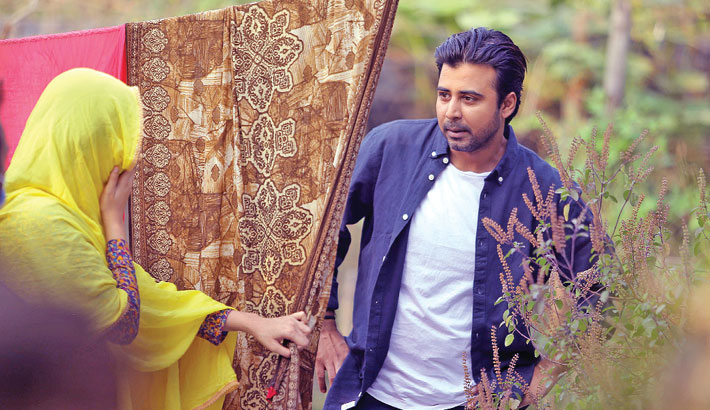 A scene from the drama Mohabbat

Afran Nisho and Mehazabien Chowdhury are two popular small screen actors of the country.  The audience-acclaimed duo has presented many hit dramas to the viewers. Now, they will be seen in a new drama titled ‘Mohabbat’.

Written by Mezbah Uddin Sumon, the drama has been directed by Rubel Hasan. The shooting of the play took place at Pubail in Gazipur on March 24, 25 and 26.

About the drama, director Rubel Hasan said, “In suburb areas we see many characters like Nisho. People always have negative perception of these characters. I have tried to depict a special side of such characters. The audience will get a message through the drama.”

The drama will be released on the YouTube channel of CMV in the first week of April, said S K Shahed Ali Pappu, producer of the drama.