‘Jodi KintuTobuo’ to be released on April 1 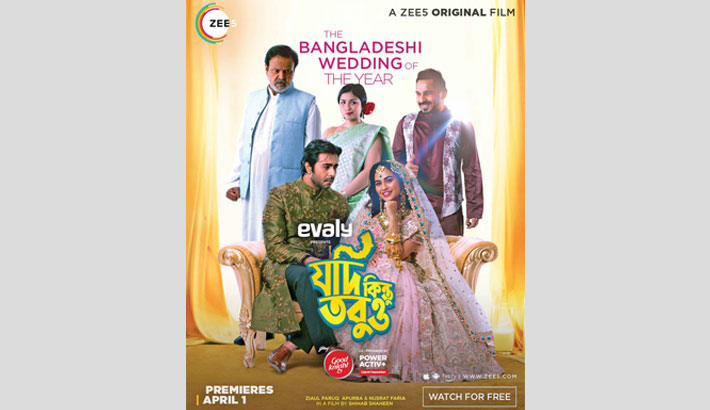 Earlier, the makers released a one-minute trailer of the film on Wednesday, giving their viewers a glimpse into this refreshing love story.

Viewers will watch the web film free of cost in Bangladesh.

Dubbed as the ‘Bangladeshi Wedding of the Year’, the film’s plot revolves around the almost perfect love story of Abeer and Preety, who experience a roller coaster of emotions and complex situations in an urban setup. This will be the first time Apurba and Faria feature as an on-screen couple for an OTT production. The film will also feature notable actors such as Tariq Anam Khan, Saberi Alam, Naziba  Bashar and Amaan Reza.

ZEE5 Bangladesh released the film’s first look on Tuesday night followed by a one minute trailer on Wednesday, giving a sneak peek in to its the colourful and radiant world of the lead characters Abeer and Preety.