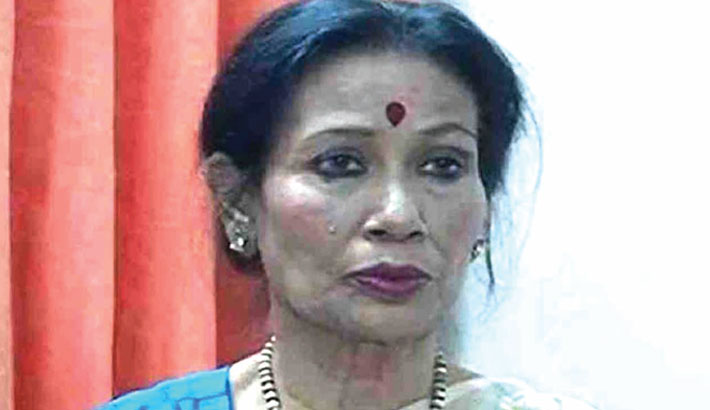 Noted singer Namita Ghosh, a vocalist of Swadhin Bangla Betar Kendra, passed away on Friday. She was 63.

Namita breathed her last at Popular Hospital in the capital on Friday night.

She was suffering from cancer and eye problem. She also tested positive for coronavirus earlier this month.

Prime Minister Sheikh Hasina expressed her deep shock at the death of the eminent singer.

Namita Ghosh was born on October 6 in 1958 in Shakhari Bazar of Old Dhaka. Her ancestral home is in Bikrampur.

Namita Ghosh last appeared at a programme for the 50th Independence Day celebration on Bangladesh Television on March 12. She was admitted to Azgar Ali Hospital, before being moved to Mugda Medical College Hospital. As her condition deteriorated, she was shifted to Popular Hospital, where she breathed her last.

Ghosh joined Swadhin Bangla Betar Kendra at the age of 14, in 1971. She was also a valiant freedom fighter.

A guard of honour was accorded to the artiste on Saturday in Old Dhaka.  She was cremated at Postagola in the capital.