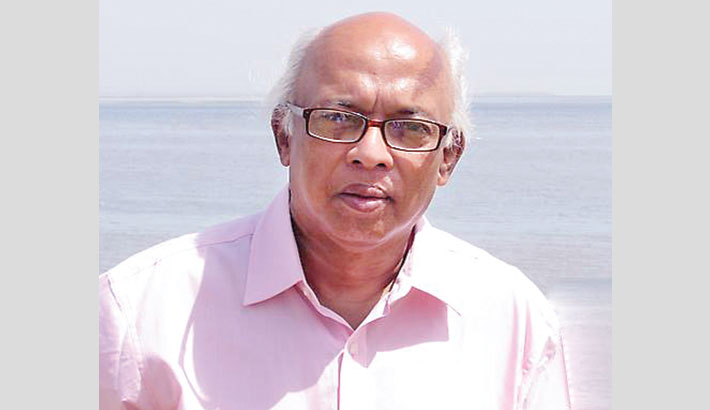 As Bangladesh celebrates a half century of its independent existence, brought about through the declaration of independence by Bangabandhu Sheikh Mujibur Rahman on 26 March 1971, it makes sense to take a survey of Pakistan as it has been since its eastern province broke away from it in a triumphant War of Liberation on a long-ago December afternoon.

In the early phases of the defeat and surrender of Pakistan army in Dhaka, the new government of Pakistan led by Zulfikar Ali Bhutto kept up the fiction of ‘East Pakistan’ in all its pronouncements regarding Bangladesh. Pakistan did not acknowledge the reality of Bangladesh but kept referring to the government of the new sovereign nation in Dhaka as the ‘Dhaka authorities’. The imaginary province of ‘East Pakistan’ also found a place in the constitution enacted in Pakistan in 1973. It was not until 22 February 1974, compelled to accord diplomatic recognition to Bangladesh in order to ensure Bangabandhu’s participation at the Islamic summit in Lahore, that Islamabad came to terms with the new realities in the subcontinent.

In these fifty years since Bangladesh went its independent way, politics in Pakistan has remained mired in a web of complexities from which the country has not quite been able to extricate itself. Two army coups d’etat, first by General Ziaul Haq and then by General Pervez Musharraf, quickly reinforced the idea that the military remained the single determinant of national politics in Pakistan. Keeping its head under the water in light of its humiliation in Bangladesh in 1971, the army only waited for a chance to reassert itself. That chance came in July 1977, when Prime Minister Bhutto’s handpicked army chief Ziaul Haq overthrew his government and set about shaping a wholly new and necessarily negative course for the country. Zia’s religious frenzy in the shape of Islamisation was to damage Pakistan in ways that are yet visible in the country.

The Zia regime’s involvement with America’s Reagan administration in a long offensive against the Soviets in Afghanistan saw millions of Afghan refugees streaming into Baluchistan and the Northwest Frontier Province (subsequently renamed Khyber Pakhtunkhwa). The regime’s support for the Mujahideen, on the strength of American military support for the latter, have left deep scars on Pakistan’s polity. The country’s powerful Inter Services Intelligence (ISI) at a certain point encouraged and nurtured the growth of the Taliban, with dangerous ramifications. Pakistan and Afghanistan, never on friendly terms following the partition of India and especially around such issues as the Durand Line, continues to mistrust each other. The seizure of power in Kabul by the Taliban in 1996, one may as well note, was publicly hailed by Prime Minister Benazir Bhutto.

In these fifty years, successive governments in Pakistan have remained obsessed with Kashmir, with the media insistently referring to the Indian side of the state as Indian-occupied Kashmir or Maqbooza Kashmir in Urdu. Relations with India, despite such interaction between New Delhi and Islamabad as the bus diplomacy undertaken by Indian Prime Minister Atal Bihari Vajpayee, have remained hostile. The secret operations by Pakistan army in Kargil in 1999, led by the then army chief Pervez Musharraf, with the government of Nawaz Sharif aware of what was going on, caused not just huge casualties on both sides but also left India feeling that Pakistan was not to be trusted. The absence of trust was only to be reinforced through Pakistan’s support for terrorism in Mumbai and Kashmir over the years.

Politics in Pakistan has been what the army has made of it. Eleven years of harsh rule by Zia and seven by Musharraf have left the country bleeding. In 1988, following Zia’s death in a yet unexplained plane crash, the military under new army chief Aslam Beg, in cahoots with President Ghulam Ishaq Khan, sought to keep Benazir Bhutto from assuming power despite her Pakistan People’s Party winning the largest number of seats in the elections. When she was eventually permitted to take charge as Prime Minister, the army made certain that it would have a major role in the making of policy. It forced Benazir Bhutto to keep Sahibzada Yaqub Khan, who had been Foreign Minister in the Zia regime, in the same position in her government.

In this half century, politics in Pakistan has more often been a game of musical chairs than a drive for constitution-based governance. Prime Ministers have come and gone, beginning with Mohammad Khan Junejo and proceeding well into the times when Benazir Bhutto and Nawaz Sharif were alternately elected to office and then dismissed by such Presidents as Ghulam Ishaq Khan and Farooq Leghari. Zulfikar Ali Bhutto, having presided over a rigged election in March 1977, went to the gallows on disputed murder conspiracy charges in April 1979. Nawaz Sharif spent a good number of years in exile in Saudi Arabia after his overthrow and imprisonment by the Musharraf regime in October 1999. Sharif is today in London, an absconder from justice in Pakistan while his daughter Maryam Nawaz and brother Shahbaz Sharif keep his Muslim League alive back home.

Benazir Bhutto, assassinated in December 2007 while campaigning for a third term as Prime Minister, was replaced by her husband Asif Ali Zardari. Reputed as a byword for corruption, Zardari nevertheless served as President of Pakistan after the election which brought the People’s Party back to power in 2008. Today a dwindled PPP operates in skeletal form under the young Bilawal Bhutto Zardari. Meanwhile, it is the former cricketer Imran Khan who is currently in office as Prime Minister, catapulted to power by the army. Army chief Qamar Bajwa shares political space with Imran Khan. Foreign policy remains in the hands of the military and foreign dignitaries visiting Islamabad are seen calling on both the Prime Minister and General Bajwa.

In the years after Bangladesh’s emergence, democratic politics in Pakistan went through a steep decline, with such prominent figures as Air Marshal Asghar Khan and Khan Abdul Wali Khan unable to assert their leadership. The support extended to the Ziaul Haq coup in 1977 by the anti-Bhutto opposition, the Pakistan National Alliance, brought the credibility of the opposition into question. The Muhajir Qaumi Mahaz, led by the firebrand Altaf Hussain, caused mayhem in Karachi for years. Hussain remains in exile in London, his influence much diminished today. Nawab Akbar Bugti, once a redoubtable political figure in Baluchistan, lost his life in a cave, where he and his followers had taken refuge, when the army went after him. Outfits like the Baluchistan Liberation Army have waged intermittent battles against the Pakistani state for decades. Thousands of young Baloch have died or disappeared.

Pakistan’s love-hate relationship with the United States has been a factor in its foreign policy. It remains hostile to India. Pakistan’s reluctance to offer apologies to Bangladesh over the genocide committed by its army in 1971 has impeded the growth of normal relations between the two countries, even though Z.A. Bhutto, Ziaul Haq, Benazir Bhutto and Pervez Musharraf have been to Dhaka. The adoption of a resolution in Pakistan’s national assembly by the Nawaz Sharif government condemning the trials of war criminals in Bangladesh predictably hardened attitudes in Dhaka toward Islamabad.

In the last half century, militant outfits like the Lashkar-e-Toiba have been a challenge for the ruling circles. The kidnap and beheading of Daniel Pearl, the Wall Street Journal reporter in 2002, heaped new humiliation on Islamabad. In 2011, the assault by American forces on Osama bin Laden in Abbotabad left the Pakistan authorities red in the face. Pakistan remains close to China, and the China-Pakistan Economic Corridor (CPEC) and the development of Gwadar port in Baluchistan remain evidence of the relationship between Islamabad and Beijing.

In the half century since 1971, Pakistan has fallen behind Bangladesh in a number of social indicators. Women’s empowerment and education, GDP growth and broad economic performance and political liberalism have been regions where Bangladesh has outperformed Pakistan.

For all its emphasis on the two-nation theory propounded by its founders in the 1940s, Pakistan remains a country in search of an identity.