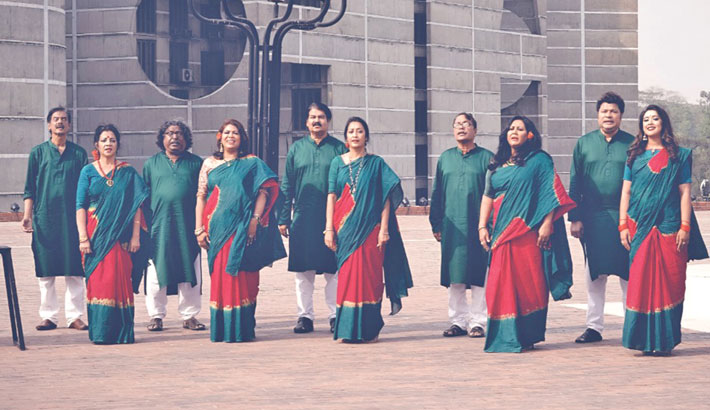 State Minister of ICT Zunaid Ahmed Palak said, “On the occasion of Bangladesh’s 50 years of independence and Bangabandhu’s birth centenary, the ICT Division wanted to present our National Anthem, with rendering by 50 noted artistes of the country. Along with new generation artistes, the singers from Shadhin Bangla Betar Kendra, who played a pivotal role in motivating people during our liberation war, are a part of this project. I thank all the artistes for their participation.”

Kaushik Hossain Taposh said, “It is a proud moment for us, as the government and ICT Division entrusted us with this responsibility. It will also be a historical experience that we have collaborated with many prominent artistes for this project.”

Under TM Productions, the video of the National Anthem was shot outside the Jatiya Sangsad complex and the historic Sohrawardy Uddan. The song is being aired on different television channels and social media platforms from the Independence Day.