The End of Pakistani Misrule 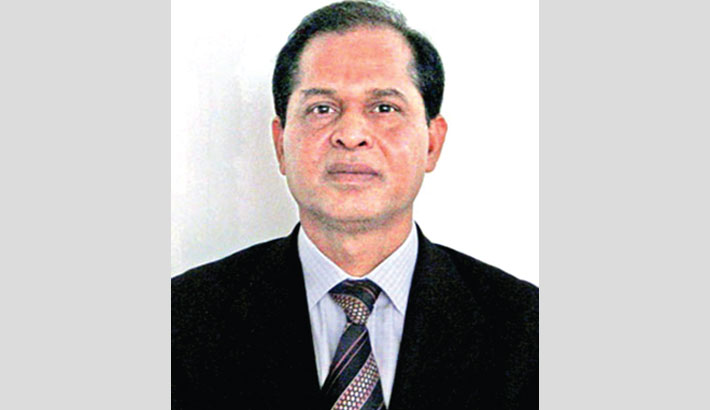 The Pakistani military rulers never thought that they were going to make some great mistakes in the history of Pakistan. It was beyond their imagination that the people of East Pakistan might not bow their heads to them. In fact, they did two mistakes for breaking united Pakistan- (a) holding of the parliamentary elections in December 1970 but not allowing the majority seat winner Awami League to form the government, and (b) conducting military operations on the people of East Pakistan starting from 25 March mid-night. Rather, they could retain Pakistan intact by imposing martial-law, which was the best option Pakistan had always been practicing to govern the country since 1958. They could have thought of the possibility of getting a majority in the national election by Awami League and opted for martial law or emergency keeping the constitution suspended. As they had given the election, Awami League could be allowed to form the government to avoid, at least, the secession of Pakistan. The option to handle the situation militarily was actually the worst way, which had ultimately facilitated the digging of the graveyard for Pakistan. It was not the people of East Pakistan, but the military junta and leaders of West Pakistan that had broken Pakistan. They were also responsible for the genocide in Bangladesh.

The people of East Pakistan were expecting an extraordinary outcome from the general election set on 6 December 1970. There were 300 seats in the National Assembly of Pakistan and out of them, 162 seats were allocated to East Pakistan. It was conceived that the Bengali people’s grievances that had been hiding in their minds might get released through that election. In any way, the political situation in this part of Pakistan was not normal.

We know that in that election of 6 December 1970, Awami League secured 160 seats out of the 162 seats. In West Pakistan, Pakistan People’s Party (PPP) got 82 seats of 138 allocated to that part. That means Awami League alone possessed 53.3 per cent of the total seats in the national parliament. For obvious reasons, it was the Awami League that had the legal rights to form the government of Pakistan. But the fallacy was that the Pakistani military government did not want to allow Awami League to form the government. That’s why they took the policy of dilly-dallying in summoning the parliament session to by-pass people’s verdict.

On 3 January 1971, Bangabandhu Sheikh Mujibur Rahman, in a meeting in Dhaka attended by half a million people declared, “Since the people of Bangladesh have given their clear verdict in favour of the 6-point and 11-point programmes in a referendum, even my party has no power to amend or alter it, if anyone interferes with this verdict there will be a bloody movement which nobody will be able to control.” It had seriously alarmed the Pakistani military government. They were aware that if Awami League formed the government, there remained every possibility of enacting a constitution based on its autonomy programme.

In West Pakistan, Zulfikar Ali Bhutto declared in late December 1970 that Sind and Punjab were the two provinces considered as the helm of power in Pakistan and they would not accept anything pushed on West Pakistan by Awami League though it had a brute majority.

General Yahya promised that the first session of the National Assembly would be convened in Dhaka on 3 March 1971. In fact, he was lying, as he needed more time to organise his next course of action.  His intention became clear when Dhaka airport was fortified with anti-aircraft guns on 17 February. A few days later, a ship carrying heavy arms and ammunition left Karachi for Chattogram port. Bangabandhu understood the probable situation he would require to face very soon.

Clever Yahoo took another strategy by dissolving the cabinet of Pakistan on 23 February, which was nothing but an attempt of eye-wash to show that the winning party should not have any doubt to form the new cabinet. This act was organised to create confidence among the Awami League leaders in Yahya Khan. And if that happened, there could be some favourable development in the ongoing situation in East Pakistan, particularly in minimising people’s unrest.

Zulfikar Ali Bhutto, who like the Pakistani Generals, did not believe in democracy or people’s verdict. He did not have minimum respect for democracy. He was only crazy for power, no matter whatever were the means or ways. That is why he declared that he would not go to Dhaka to attend the National Assembly, saying “Under the circumstances, the Assembly would be a slaughterhouse.” On 28 February, Bhutto also announced at a public meeting in Lahore that his party would organise a ‘hartal’ in protest of summoning of the National Assembly by General Yahya, though he knew well that it was the game of Yahya, who would not ultimately strict to his announcement.

It did not take many hours to ensure Bhutto that he would not need to organise the ‘hartal’ programme anymore. In fact, it was a total mockery of the military junta government, as the whole Nation came to know on 1st March through an announcement of Radio Pakistan that General Yahya Khan had postponed the forthcoming session of the National Assembly to be held in Dhaka.

In a moment, the people of East Pakistan came down on the street and started chanting slogans demanding the declaration of independence of Bangladesh without delay. On 2 March, there was a big rally led by Chhatra League and they hoisted the flag of Bangladesh on Dhaka University campus.

Bangabandhu called for a ‘non-violent non-cooperation movement’ for an indefinite period. All educational institutions, offices in East Pakistan were declared closed. Government employees including High Court judges stopped going to offices. In that situation, Bangabandhu’s residence became the Secretariat of Bangladesh. Radio Pakistan, Dhaka turned into Dhaka Betar Kendra and started covering programmes of the movement of the Bengali people.

Then came the historic day of 7 March 1971. At a mammoth gathering in Dhaka (Race Course maidan), Bangabandhu gave his historic speech that in fact, did not only contained the declaration of independence of Bangladesh, but the directives to liberate the country. We can find everything for the liberation of this land in that speech. Perhaps, the Pakistani military regime had understood well what might happen in this part of Pakistan very soon and what measure they might need to take. But they did not count the incoming situation so seriously, rather were over-confident to control. Their motive to control the entire situation using military force was a misconception. They did not understand rightly the power of the people of Bangladesh. They themselves started writing the fate of Pakistan on their own assumption. They were engaged in completing all their plans and programmes of the massacre in East Pakistan.

They needed a few more days to start their operation. Otherwise, it could be the 7th March, the day of beginning their brutal military action on the people of East Pakistan. At the same time, it was the 7th March, General Yahya could have passed the order to arrest Bangabandhu and other senior leaders for treason. There existed a number of reasons to go for that. And as a consequence, it could be the 7th March, our struggle for freedom and independence had been started instead of 25th March. However, it did not happen then and history followed its own course.

Innumerable demonstrations, rallies and processions, participated by peoples from all walks of life, were going on day after day across the country. People, particularly students, put barricades on road to block the movement of vehicles. The entire province came to a standstill. However, there were incidences of clashes between people and the Pakistan military in a number of places, like the incident in Joydevpur where several persons were killed by the military.

General Yahya Khan came to Dhaka in the third week of March. He held discussions with Bangabandhu for a couple of days, but no solution was reached. Bangabandhu also met other leaders of Pakistan including PPP leader Zulfikar Ali Bhutto and discussed the on-going situation. In fact, there were meetings between Bangabandhu and Yahya Khan, Bhutto and Yahya Khan as well as Bangabandhu and Bhutto. From these talks and attitudes of the Pakistani military and civil leaders, Bangabandhu could imagine that the military government of Yahya Khan would not welcome a party of the Bengali people Awami League to form the government, though it had captured majority seats in the elections.

The whole province observed Resistance Day on 23 March. The situation went out of control of the military government. Practically, Awami League was running the province. General Yahya understood well that Pakistan could only be saved if they listened to Bangabandhu and handed over power to Awami League. But that was beyond their imagination to agree and accept. Therefore, they wanted to opt for the military crackdown. And thus, General Yahya, not concluding his on-going negotiation with Bangabandhu, had secretly left Dhaka by a PIA aircraft on 25 March evening for Karachi, once he was confirmed by the zonal martial law administrator General Tikka Khan about their readiness to go for military action in East Pakistan.

In the mid-night of 25 March, the Pakistani army, as planned, launched their operation in different places of Dhaka, particularly Dhaka University campus, Rajarbagh Police lines and EPR headquarters at Pilkhana as well as other major cities of Bangladesh. At the same time, Bangabandhu Sheikh Mujibur Rahman was arrested by Pakistan Army and was later taken to Pakistan and kept in the prison. The beginning of atrocities on 25 March mid-night was the last nail in the coffin of their Pakistani rule in East Pakistan.