A Moment of True National Glory 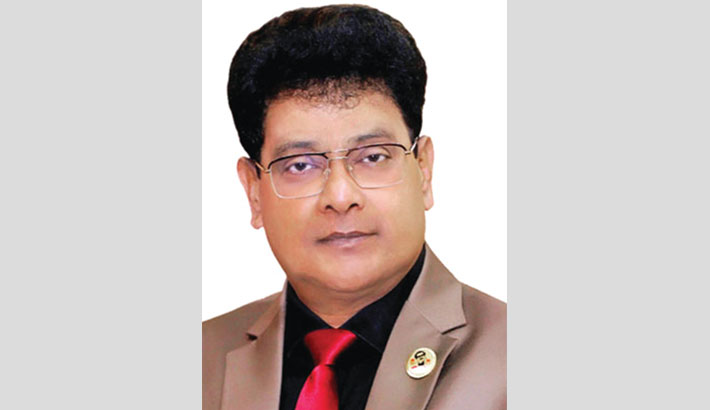 Despite the terrible experiences of the pandemic, the year 2021 seems sanguinely going to open new vistas in the realm of our new hopes and aspirations. The year indelibly marks our national history with the golden jubilee of our independence and the birth centenary of the Father of the Nation. Furthermore, the nation has begun the year 2021 in a jubilant mood with the good news of graduation from the Least Developed Country (LDC). Bangladesh had initially planned grand celebrations for the 50th year of Independence and Bangabandhu's birth centenary. But because of the coronavirus pandemic, our most compassionate and judicious Prime Minister Sheikh Hasina revised the plan emphasising the well-being and safety of the people.

The celebration of the 50th anniversary of Bangladesh's Independence is beginning on March 26 in Dhaka. Festivities will continue till December 16 across the country, with a view to spreading the true spirit of the Liberation War among the youth and the children. Side by side, the celebration of ‘Mujib Year’, the birth centenary year of Sheikh Mujibur Rahman, reminds the people from all walks of life about Bangabandhu's toil and contribution to the liberation which was achieved through a series of struggles and chain of events. This is indeed a golden coincidence that 'Mujib Year' and 'Golden Jubilee' are being celebrated in the same year. It is a matter of great pleasure for the patriotic people of the country that Bangladesh had announced the 'Mujib Year' between March 17 2020 and March 26 2021 in commemoration of its founding father. However, because of the coronavirus pandemic, the government has sensibly extended the celebrations of Mujib Year till December 16, 2021. 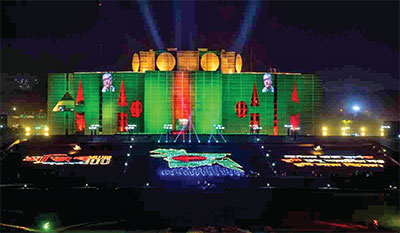 Bangabandhu was born on March 17, 1920, and thus, the year 2020 is his birth centenary of which celebrations have, however, been prolonged to the year 2021, the year Bangladesh is also celebrating its 50th Independence Day. As per the government announcement, the celebration’s main target is to communicate the spirit and history of the liberation war to the young generations especially the students and the foreigners. Nationwide, all governmental, non-governmental institutions, autonomous bodies, and all other government organs are holding programmes for nine months, involving the students of schools, colleges, and universities to achieve the goal.

President of China Xi Jinping, French President Emmanuel Macron, and Canadian Prime Minister Justin Trudeau have sent separate video messages marking the celebrations. Narendra Modi, Indian Prime Minister, arrived at Dhaka yesterday for a two-day visit and is joining the main Independence Day celebrations. Modi's visit to Bangladesh also marks the 50 years of the Bangladesh-India diplomatic relationship. Other foreign heads of states and government are joining some similar programmes separately as part of the celebrations, while Modi's visit is an extended one, which would take him to three places outside Dhaka.

The world leaders are also scheduled to visit the National Memorial at Savar to pay due homage to the martyrs of the 1971 Liberation War, watch special military parades, join state banquets, and visit the Bangabandhu Museum to signify the birth centenary of the Father of the Nation. However, the Indian premier sees the Bangabandhu shrine (in his village home) to pay homage to the most outstanding leader Bangabandhu Sheikh Mujibur Rahman.

Indian External Affairs Minister S Jaishankar, while visiting Bangladesh early this month, had said that Prime Minister Modi's visit to Dhaka would be a "very memorable" event, as he marked India's strategic ties with Bangladesh as a truly "360-degree partnership". Jaishankar, holding comprehensive discussions with his Bangladeshi counterpart A K Abdul Momen, observed that Bangladesh was central to India's 'Neighbourhood First' policy and increasingly relevant to its 'Act East Policy’. On March 9, honourable Prime Minister Sheikh Hasina, during an online event for the inauguration of the Maitri Setu connecting Tripura with Chattogram had respectfully recalled India's role in Bangladesh's Liberation War. "Fifty years ago, in 1971, India opened up its border for Bangladesh's people to support their freedom struggle. Today, we are building a prosperous region together," she said.

The government is organising an international business summit in Dhaka. Acclaimed writers and war-crime researchers are participating in the international conferences. The government has installed a monument in the memory of the allied forces at Ashuganj of Brahmanbaria and made numerous documentaries and features films to commemorate military operations during the war, including Operation Jackpot. Many e-books, animation films, and mobile apps featuring the history of the war and the political context of the declaration of Independence, and the pledges made to the people during the Liberation War have been produced and made public. Fifty freedom fighters carrying 50 national flags are visiting 64 districts and district administrations are organising special programmes. The concerned offices have made video clips on the 90,000 living freedom fighters and invited them to share their experiences during the war in interactive programmers with school children.

Indian premier had the schedule to visit Dhaka to participate in the Mujib centenary celebrations in March 2020. The programme was cancelled later by the Government of Bangladesh for the Covid-19 pandemic. Both the governments had planned a series of activities for the 'Mujib year'. However, the plans for the 50th-anniversary celebrations are very much in line with implementations as of now.

The Prime Minister of Bangladesh Sheikh Hasina and the Prime Minister of India Narendra Modi are supposed to meet in an online summit coinciding with the celebrations of the Independence Day of Bangladesh in December this year. The two sides will discuss several issues like water sharing, infrastructure projects, and other bilateral cooperation to alleviate the loss incurred by the corona pandemic. Indian PM had already launched a stamp in honour of Sheikh Mujibur Rahman on December 17, 2020. The 50th anniversary of Independence is witnessing many consensual activities between India and Bangladesh. The golden jubilee celebration of independence is indeed a glorious moment in the life of the people of a progressing nation like Bangladesh. However, we should also be introspective in this auspicious moment.

We should ask ourselves the inevitable question of whether we had progressed enough from both the ideological and economic viewpoints within the period of half a century about whether the dream of Bangabandhu's proverbial 'Sonar Bangla' (The Golden Bengal) has genuinely been achieved. We know very well that Bangabandhu's worthy daughter Sheikh Hasina has tirelessly worked for a long time to ascertain Bangabandhu's 'Golden Bengal'. To answer the question, we can say that there might be minor deviations but the country is on the right track under the great leadership of the daughter of the father of the Nation Bangabandhu Sheikh Mujibur Rahman. We are proceeding in the right direction under Bangabandhu's daughter's charismatic leadership. Our honourable Prime Minister Sheikh Hasina is, in fact, fully determined to make Bangabandhu's dream come true. Under Prime Minister Sheikh Hasina's dynamic leadership, the current government is relentlessly working to fulfil Bangabandhu's pledges of securing food, clothing, and shelter for all the citizens of the country. Along with the completion of all these pledges of meeting up the basic needs of human life, Sheikh Hasina has also long been working with her own pledge of affluent and standard life for all.

The writer is a Professor of English and former Pro-Vice-Chancellor at Islamic University, Kushtia