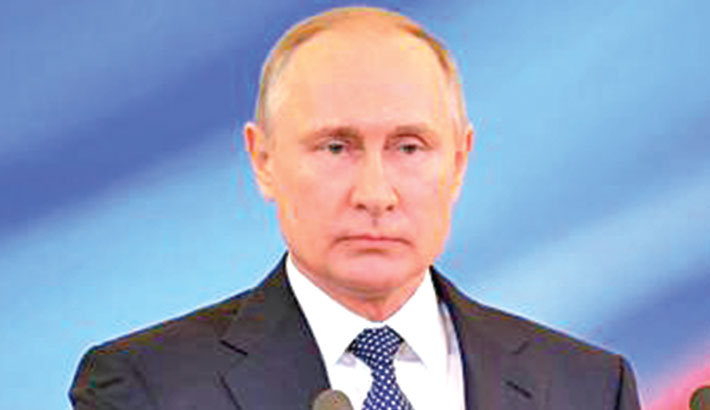 Russian President Vladimir Putin in his congratulatory message marking the 50th anniversary of Bangladesh’s independence and the birth centenary of Father of the Nation Bangabandhu Sheikh Mujibur Rahman has termed Bangabandhu as an “outstanding” political leader.

on the occasion of the 50th anniversary on the declaration of independence of the People’s Republic of Bangladesh. This symbolic, that on these days, your country celebrates the centenary of the birth of Sheikh Mujibur Rahman, an outstanding political leader, the founder of Bangladesh,” he said, reports BSS.

The message read out by Russian Ambassador in Dhaka Alexander Ignatov was screened at the concluding ceremony of the 10-day special programme at the national parade ground here marking the birth centenary of Father of the Nation Bangabandhu Sheikh Mujibur Rahman and the golden jubilee of the country’s independence.

President M Abdul Hamid addressed the function as the chief guest while Indian Prime Minister Narendra Modi addressed it as the guest of honor with Prime Minister Sheikh Hasina in the chair.

Noting that the relations between Russia and Bangladesh are traditionally friendly, Putin said, “I am confident that our joint efforts will ensure further development and bilateral preparations in various fields for the benefit of our people in the interest of threatening regional security and stability”.

He wished good health and success of President M Abdul Hamid and Prime Minister Sheikh Hasina as well as peace and prosperity for the citizens of Bangladesh.