Miles to Go before We Sleep 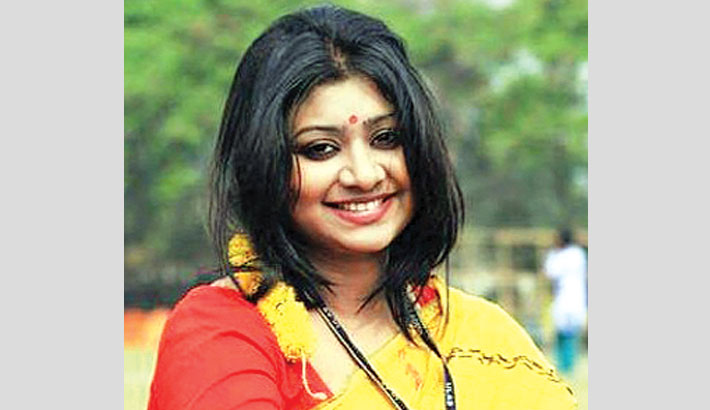 It has always been a matter of lamentation for me not to witness the most struggling period, the heroic war and glorious victory of our Sonar Bangla. I am someone from the post-liberation period, even from the much later generation who could not even bear witness to the massive turmoil in the vulnerable post-liberation phase. The war caused a supreme hecatomb of our national heroes who sacrificed their lives to let us live with dignity and pride. As soon as we started living in peace, the most disgraceful episode was inked which eventually washed away the golden era of our history with the color of the blood of Bangabandhu and his family. Bangabandhu’s assassination in 1975 was followed by chaotically divided political ideologies, sociopolitical instability, misrule and bad governance. Finally, in 1991, Bangladesh emerged as a democratic country through parliamentary election.

Although Bangladesh restored democracy, the struggle and aspiration to have a politically stable nation was still challenged by so many discrepancies which resulted in economically damaging strikes, parliamentary boycotts and confrontational politics. The division which took place after Bangabandhu’s assassination was so heinous and venomous that it literally was about to annihilate country’s potential progress.

All these unwanted disturbances went on for decades. In the meantime, the country was still progressing slowly. The GDP increased, girls’ education reached an impressive rate, poverty decreased, entrepreneurship emerged and people gradually became tolerant to differences. The country’s development was always on “work in progress” slowly, but surely.

After winning the election with an overwhelming majority in December 2008, Bangladesh Awami League took the charge to reconstruct the country’s slow advancement by promising to revive Bangabandhu’s vision all over again. Since then the economic growth has been robust and remarkable. Bangladesh successfully fulfilled all three criteria to upgrade from the Least Developed Country (LDC) to the Developing country in 2021. Even before it, in 2015, the World Bank declared Bangladesh to be a lower-middle income country from being a low-income country. Business, IT and educational sectors are rising and offering many people jobs according to their capabilities. 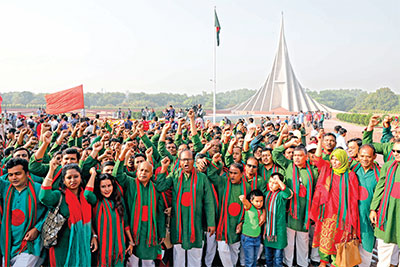 The way Bangladesh government and people showcased their resilience and courage to fight against the pandemic is also commendable. However, people are still going to social gatherings avoiding safety measures. This is not a failure of the government, as blaming “others” is pointless having loophole in “self”. So, we must take the responsibility of our own actions.

After the liberation war, our women still lagged behind due to the decades of colonisation by the Pakistani rulers. Fortunately in the last decade, women’s empowerment is markedly praiseworthy. Women’s contribution to the family and society is also acknowledged more than ever. We live in a patriarchal society where we are constantly looking for tools to emancipate women. One thing to remember is that, as Audre Lorde writes, “The master’s tools cannot dismantle the master’s house”. We cannot think of freeing women from patriarchal shackle by continuously conforming to the patriarchal norms. Firstly, we need to build a gender-equal society. Then we may think of fighting against patriarchal oppression. Bangabandhu envisioned such a society where everyone would be able to contribute to the development of the country and would still live with respect.

The good news is that we are progressing! In order to progress socially, we need to take care of the ecological environment we live in. Before cutting down the trees and damaging natural resources, we must think of rearranging and recycling what we still have in our hands. Before polluting the rivers and the sea, we should look at the fish which will eventually be consumed by us. What will happen to our health if we eat contaminated fish? Moreover, the rivers are our great sources of freshwater. Contaminating the water cannot bring good to the agricultural sector. We need to protect and preserve these natural resources so that our future generations can breathe in fresh air and thank us later on the way we are thanking our freedom fighters now.

Bangladesh has progressed much in the educational sector. There are many public and private institutions in which lakhs of students are getting educated every year. Educational institutions are human development centers. Here, the teachers are the architects of future educated citizens. During the pandemic, many teachers lost their jobs, many could not get their salaries. In a densely populated country like ours, it may be impossible or very difficult for the government to patronise each and every teacher. However, it is important to ensure that teachers thrive. Otherwise, the country will run out of intellectuals and that will not be good for the future. Still, I appreciate our government, especially the Honourable PM Sheikh Hasina, for digitising education enabling students to continue the process of learning. I cannot admire her enough for whatever ground-breaking measures she has taken so far!

Bangladesh rose from the ashes and emerged to be an epitome of success. Let's say, the war is not over yet. We fought against foreign enemies and finally secured our independence. Still, we have to keep on battling against our own vices for the betterment of the country! On the occasion of Bangladesh’s golden jubilee, let’s pay homage to those who sacrificed their blood, tears and sweat to bring the country to the current position. And let’s take an oath to take Bangladesh to the next level of development. One day, from a developing country, Bangladesh will become a developed one! Till then, we have miles to go before we sleep!