Bangladesh at 50: Achievements and Challenges Ahead 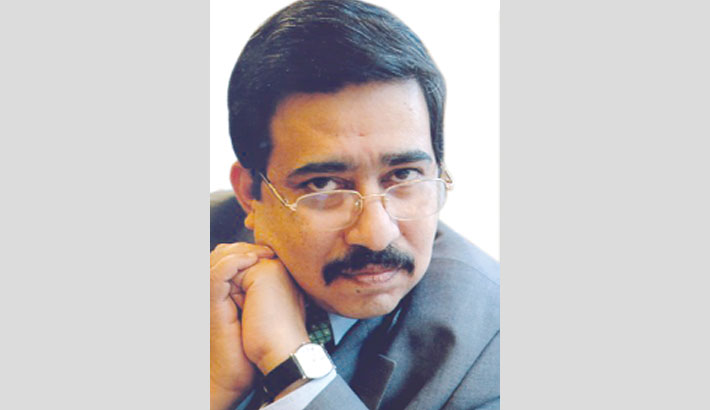 50 years ago Bangladesh was born as an independent nation and since then, the developmental growth it has attained, the GDP levels it has reached, the economic indicators it has improved, the technological advancements it has made, the poverty it has alleviated and the progressive transformation it has undergone, are all worthy of immense commendation. In fact, very few could have ever envisioned 50 years ago that Bangladesh would ever reach where it is now in 2021 in such a short span of time, if ever. Bangladesh constantly battled and won triumphantly against all obstacles such as floods, cyclones, extremely dense population, shortage of natural resources, lack of education and skills, extreme poverty and numerous other hindrances which could have permanently crippled any other nation or at least for a much longer period of time. Bangladesh managed to not only overcome all the barriers but has now reached a status in the global arena, where it has become a positive example for many other similar or comparable nations hoping to also mimic its success. On top of that Bangladesh has also earned the worldwide reputation as a kind nation which has been providing shelter to and caring for hundreds of thousands of Rohingyas who, without the help and support of Bangladesh and its compassionate leadership, would have been in absolutely dire straits. Let’s review some of the key economic achievements of Bangladesh over the last 50 years.

Bangladesh has made outstanding progress in conquering poverty which, not so long ago was a term synonymous with the nation and this is primarily as a result of sustained economic growth that has provided millions of its citizens the opportunity to lift themselves out of the poverty line. According to the World Bank and the Asian Development Bank, Bangladesh has reduced poverty (based on the international poverty line of $1.90, using 2011 Purchasing Power Parity exchange rate) from 43.8 percent in 1991 to 14.8% in 2016 and then to 9.2% in 2019. Furthermore, life expectancy, literacy rates and per capita food production have also improved significantly. A critical factor in Bangladesh’s successful drive towards poverty alleviation has been its women. Bangladesh has been comparatively very successful thus far in empowering, motivating and then integrating women as vital contributors towards its economic growth.

Graduation out of LDC status

As per the United Nations Committee for Development Policy, Bangladesh has been categorized as a Least Developed Country (LDC) since 1975. Bangladesh reached the lower middle-income country status in 2015. In 2018, the country fulfilled all three eligibility criteria for graduation from the UN’s Least Developed Countries (LDC) list for the first time and is on track for graduation out of LDC status in 2024 and now due to Covid-19 onslaught in 2026. This is due to Bangladesh achieving immense success and growth in per capita income, human resources index and economic indicators.

Bangladesh’s 2020 estimated GDP per capita of approximately $1,900 (rounded) is one of the greatest examples of where Bangladesh used to be and where it has come and most importantly, how much economic growth it has achieved. In its 2020 “Outlook” the World Bank had said that while India’s GDP was set to reduce by 10 percent in FY 2020-21, the GDP of Bangladesh was expected to increase by almost 4 percent. This is indeed a cause for celebration, especially for a nation that was once referred to as a “basket case” in 1971 by the US Secretary of State at that time, Henry Kissinger.

As per the “Economic Survey 2021”, Bangladesh has done better than India on exports over the past decade. According to the Survey, Bangladesh’s exports posted a compounded annual growth rate of 8.6% over 2011-2019 as compared to India’s export growth of 0.9% and a worldwide average of 0.4%.Bangladesh’s share in world exports has gone up from 0.1% in 2011 to 0.3% in 2019. Currently, Bangladesh is the world’s second-biggest apparel exporter after China.

In today’s world, technology is the king and without it, economic success simply cannot be achieved and even if it is achieved somehow, it cannot be sustained. Bangladesh has also experienced its own technological revolution and it has gladly embraced it. Massive levels of digitalization have taken place and the IT sector has seen the greatest boom within the last decade. The letter “E” as in “electronic” has become integrated into multiple areas such as commerce, banking, education, health, etc. and Bangladeshis are already well accustomed to it. Compared to a decade ago, so much can easily and conveniently be done from home via online and digital platforms compared to having to do them physically and manually in the past. Technology has even reached Bangladesh’s rural areas where information service centers have been set up in numerous union parishads and all the Upazilas of the country enjoy internet connectivity through a vast national online portal. Another great accomplishment within the technological revolution is the telecommunications sector.

Today one would be hard pressed to find anyone in Bangladesh who does not have a mobile phone and the country is rapidly migrating towards having a majority of its population becoming smartphone capable.

Bangladesh is deemed to be the pioneer of the very successful and world-renowned microcredit initiative. This sector was started in Bangladesh in the 1970s and at that time the loans were funded primarily by the government and donors. The foremost objective was to reduce rural poverty by giving microcredit loans for nonagricultural activities such as trading, livestock and poultry. Microfinance and microcredit have evolved a lot since then because its scope has been expanded from home-based activities and self-employment to also include insurance, savings, productive employment and even micro enterprises.  Microcredit has played a great role in the diversification of borrowers, expansion of economic activities and boosting household incomes. Bangladesh’s microcredit framework and model has been so successful and that numerous other countries have also implemented similar programs with hopes of attaining the same success. In 2011 the BBC reported that microcredit lifted 10 million Bangladeshis out of poverty between 1990 and 2008. Bangladesh’s microcredit programs were especially beneficial to women because such programs gave women the opportunity to become engaged in income generating activities.

Despite achieving so many positive results and deploying highly successful economic strategies over the past 50 years, there are still many Bangladeshis who have been left out. There are segments of the population, such as the poor elderly, the disabled, the young orphaned, the widowed and destitute women and the impoverished mothers, who are simply not in a position to enjoy or take advantage of all the growth and progress because their situation is so desperate and dire that the rapidly growing economy somehow misses them. In order to help and provide for such people, Bangladesh has very successfully implemented various social safety net programs, such as the Social Security Policy Support (SSPS) Program and the National Social Security Strategy (NSSS). Over the years Bangladesh has developed and implemented a viable and effective foundation for social security which is part of a core strategy to manage and overcome vulnerability and marginalization. The social protection initiatives in Bangladesh includes widow and destitute women allowance, maternity allowance for poor mothers, working lactating mother assistance program and old age allowance. There are other initiatives by the government as well, which helps financially insolvent disabled citizens, gives free physiotherapy and treatment to disabled citizens, provides support for orphanages and gives stipends for disabled students. True development and growth cannot be achieved as long as there are so many Bangladeshis who are still vulnerable and impoverished, and the government of Bangladesh has definitely not forgotten about them because it is regularly implementing programs directly aimed at providing social and financial safety nets for them. The generous existence of such benevolent and compassionate programs provides further assurance that Bangladesh has indeed reached a level of economic strength whereby it is capable of taking care of all its citizens.

Yet a long journey to make

However, nothing comes free in this world. We are yet to convince our own citizenry and the development partners that growth has brought in similar results for all or everyone has been the beneficiary of Bangladesh’s progress. Democracy, rule of law, governance, accountability, inclusive growth or equitable distribution are yet to carry the same meaning as it is meant in other developing or developed countries. Our girls are yet not safe or free to enjoy all benefits; our regulatory bodies are still susceptible to political pressure; our bureaucracy is still masters, not friends; our private sector is still beneficiary of political cronyism and our politics is still - winner takes it all. Hence, we have to falter every now and then, almost start afresh many times.

While we have many laurels to celebrate, yet a long journey to make to ensure that the fruits of our national success is enjoyed by all.

Mamun Rashid is an Economic Analyst.