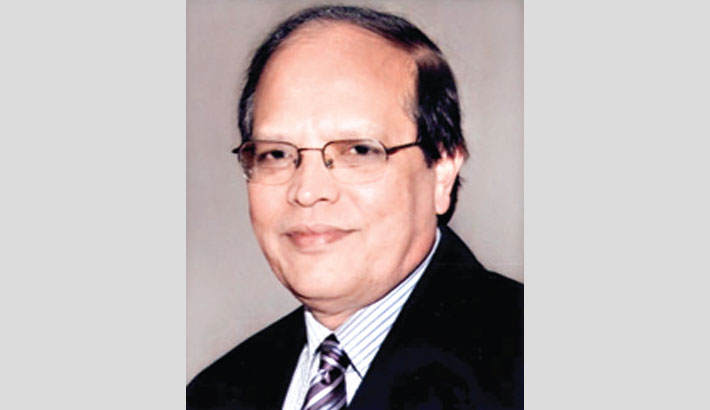 Bangladesh at fifty looks more bullish than ever. The Wall Street Journal in a recent story called Bangladesh a ‘Bull Running Case’ in South Asia. The Pulitzer Prize winning journalist Nicholas Kristof, in an op-ed in the New York Times published on March 10, 2021, titled ‘What Can Biden’s Plan Do for Poverty? Look to Bangladesh.’ wrote that Bangladesh’s investment in the marginalised, particularly in women’s education, could provide lessons for the world including the US. Furthermore, he identified education including that for girls as the secret behind Bangladesh’s roaring success, as reflected in 7-8 per cent growth rate in recent years (faster than China) with life expectancy of 72 years. He called this a surprising success. But I will not. This is not at all a development surprise, but real achievement strategically pursued. It is a success story driven by farsighted public policies initiated by Bangabandhu Sheikh Mujibur Rahman, the Father of the Nation who just turned one hundred. The government and the people are simultaneously celebrating both the birth centenary of Bangabandhu, and the golden jubilee of the declaration of independence of Bangladesh on March 26, 1971 by its founding father. The journey was certainly arduous. The country was in ashes after the end of the war of liberation, and Bangabandhu started steering it towards survival first and then to prosperity. Both natural conditions and the international community deciding the fate of ‘Food Aid Diplomacy’ led by the US were hostile to this newborn nation. Kristof reminded his readers, “Bangladesh was born 50 years ago this month amid genocide, squalor and starvation. Henry Kissinger famously referred to Bangladesh then as a “basket case”…Back in 1991, after covering a cyclone in Bangladesh that killed more than 100,000 people, I wrote a bleak article for The Times suggesting that the country was “bountiful primarily in misfortune.” I was right that Bangladesh faces huge challenges, not least the climate change.” But now Kristof feels that his “pessimism was dead wrong, for Bangladesh has since enjoyed three decades of extraordinary progress.” More interestingly, he thinks, “Bangladesh may have epitomised hopelessness, but it now has much to teach the world about how to engineer progress.” Indeed, as stated by him, thanks to the pro-active engagements of the government and civic organisations, today 98 per cent of children in Bangladesh complete primary education and more surprisingly there are now more girls in high school in Bangladesh than boys. Indeed, the transformational role of women in general and poor women in particular, with 36 per cent of them employed in the formal sector, has to be credited with the inspirational story of poverty reduction, as claimed by the World Bank, with 25 million people jumping out of the poverty trap in the last fifteen years.

Surely, the pandemic has thwarted that speed of poverty reduction in the urban areas where most of the people are engaged in informal services. However, rural Bangladesh remains buoyant, thanks to modernisation of agriculture leading to quadrupled food production in the past five decades and huge inflow of remittances, nearly two billion US dollars a month, in recent times. Since 1975, the flow of remittances has grown 285 times and that of exports, mostly apparels, 133 times. As a result, the foreign exchanges reserve has increased more than seven times just over the last twelve years, representing now cost of imports for about ten months. The low-cost low-skilled apparel industry proxying the East Asian success story of export-led growth aspires to surpass even China within the foreseeable future. Defying the negative consequences of the Rana Plaza disaster, the apparel industry in Bangladesh has hugely transformed itself in terms of environmental, social and governance compliances to make it a preferred sourcing country by almost all reputed global brands. Moreover, the economy of scale with growing number of environmental-friendly green enterprises with support from the government and the central bank is an added attraction for the wholesale buyers who can procure their desired items at competitive prices from one country. These factories now employ more than four million women workers directly, and many more in the related backward and forward linkage enterprises. Indeed, the readymade garment industries have been the backbone of the Bangladesh’s growing manufacturing sector, which is likely to contribute 38 per cent of the country’s GDP. This was around 15 percent in 1972-73. Agriculture was the dominant sector at that time. The sectoral shares of these two sectors have just been reversed over these five decades.

Bangladesh is now enjoying the benefits of fast digitisation of the economy leading to significant financial inclusion. The banking sector has been totally transformed through digitisation, thanks to a pro-active developmental drive by the central bank that facilitated a solid foundation for digital payment system by encouraging banking system to go for innovative digital financial products. The spread of mobile financial services and agent banking in addition to automated clearing house, electronic fund transfer network, credit information bureau, national payment switch and real time gross settlements have brought in sea-changes in the access for and speed of the inclusive financial services. The focus on agricultural and micro, small and medium enterprises (MSMEs) loans by the central bank in addition to promoting sustainable finance has given Bangladesh a greater boost for implementing sustainable development goals during the last twelve years. The democratic continuity, and farsighted public policies including continued support for liberalisation giving desired space to the private sector to flourish, have been leading to fast enough private sector led growth in Bangladesh. While the growth rate hovered around five percent during the last 20 years before 2010, this has picked up seven plus per cent during 2010-20. The per capita income has gone up to two thousand dollars plus now, from only 93 dollars in 1972. There has been a phenomenal growth in the production of electricity during the last decade or so. Almost all households now have access to electricity. The distribution channel, however, remains weak. The remote areas have access to solar home system and mini grids. The roof-top solution with net-metering system in place in the industrial areas and solar irrigation pumps spreading fast in rural areas are exhibiting promise for potential development of renewable energy in Bangladesh. Both the fiscal policies and monetary policies are in sync in improving the speed of green development including renewable energies. Bangladesh now has a climate change budget providing eight per cent of its national budget for addressing climate change challenges.

Bangladesh has been focusing on long term planning through five-year plans, perspective plans and the delta development plan to 2100. The current leadership has been looking far ahead despite huge resource constraints to help Bangladesh move into a desired trajectory of development which will make the country prosperous. It has already planned to transform Bangladesh into a developed country by 2041 with a promise of making 100 per cent renewable energy by 2050.

The spectacular economic growth and other related indicators have led to improved social indicators, including higher life expectancy as noted by Kristof earlier. The fertility rate of six to seven per eligible couple in 1972 has now dropped to only 2.1, almost reaching the replacement level. Accesses to immunization and sanitation have reached almost 100 per cent with hardly any household left homeless. The government has taken a special move to provide every household a house during the birth centenary of Father of the Nation.

The solid foundation of the stunning progress in socio-economic development in Bangladesh, which was once trashed by the pundits as a ‘test case of development’ with no chance of breaking the vicious cycle of poverty, was judiciously laid down by Bangabandhu during his short tenure of only three and a half years. Rising from the ashes, he set the country to the motion of prosperity. Not only did he reconstruct the broken infrastructures, rehabilitate ten million plus refugees who crossed the border for fear of life in 1971, and rebuild the institutions to run the country, Bangabandhu also implemented a modern constitution pledging equality of opportunities for all. In addition, he designed the First Five Year Plan to give direction to the egalitarian and socially responsible development for many and not for a few, despite no resources in hand. He asked for social mobilization of labour and provision of maximum support to agriculture. At the same time, he initiated a public sector led industrialisation in the absence of a matured entrepreneurial class in the country, with gradual expansion of the policy space for the private sector. He walked on the two legs of both agriculture and industry to achieve a balanced development.

The fundamental state principles of the constitution prevent the scope for unearned income, signaling Bangabandhu’s distaste for corruption in the society. The constitution also pledges for basic rights of the people including food, health, education, accommodation, and nutrition. The constitution also explicitly pledges female empowerment through better education and other opportunities. He said the country needed golden people to achieve Sonar Bangla. So, he formed the Kudrate-e-Khuda Education Commission to establish that kind of education. The First Five Year Plan aptly reflected all these dreams of Bangabandhu. Three farsighted policies of Bangabandhu contributed immensely for building the foundation for the inclusive development which later flourished so eloquently. His investment in people, particularly the marginalised, paid huge dividends and is still paying the same to later generations. These policies included:

1. Population control by raising the consciousness of the people.

2. Food self-sufficiency through initiating a green revolution by providing free or low-cost modern inputs to farmers in addition to support research and development for agricultural sector.

These powerful public policies and complementary role of the non-state sectors, both private and NGOs, made Bangladesh a role model of inclusive development.

The visionary leadership of Bangabandhu and subsequent complementary role played by his daughter made Bangladesh what it is now. However, implementation remains a bottleneck for fully realising the dream of Bangabandhu. The slow acting bureaucracy, weak law enforcement and complicated judiciary, poor tax to GDP ratio, low quality education, haphazard construction work, undisciplined transport system and low respect for environmental compliance have been the main hurdles for Bangladesh. Yet, improvements are visible. Many of the mega projects have already become visible. If implemented fast enough, these mega projects will prove to be game-changers and the face of the country will change dramatically. In line with the vision of Bangabandhu we must continue to invest more in people, further transform the digital landscape of the country, and move towards green growth. As the Prime Minister wrote in the Financial Times recently, we must strive for a ‘cleaner, greener, and safer world’. Bangladesh has changed a lot over the last fifty years and will change more in the coming years. Surely, the Bangladesh story is yet to be fully told. It is still unfolding. It is indeed a mindboggling story which is neither a surprise nor a miracle. It is a real story of success based on the legacy of visionary public policies leading to strategic partnerships between the public and private sectors. This success story owes a lot to the ‘fighting spirit’ of the entrepreneurial people of Bangladesh, embedded in their psyche by Bangabandhu. I pay my deepest homage to his soul.

The author is Bangabandhu chair Professor, Dhaka University and former Governor, Bangladesh Bank. He can be reached at [email protected]