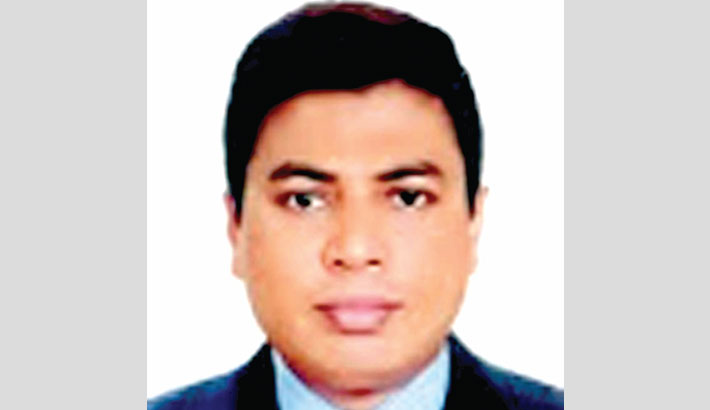 Bangladesh is a wonder of development to the world. Poverty rate has come down from 40 percent to 21 percent. We are moving forward, inshallah we will move forward. Inshallah we will build the Golden Bengal of Bangabandhu's dream”--Sheikh Hasina

Truly, Bangladesh is a rare wonder in the world. And the Prime Minister of Bangladesh, Sheikh Hasina, is also an exemplary statesman of the world. Throughout the ages, world leaders have taken extraordinary initiatives for welfare and liberation of human beings. The history of Nelson Mandela's struggle for eradication of racism in the twentieth century, Mahatma Gandhi's movement in the Indian subcontinent and the war of liberation under the leadership of Bangabandhu Sheikh Mujibur Rahman, the father of the great nation of Bangladesh in the twentieth century. Since Sheikh Hasina, the worthy daughter of the Father of the Nation, took over as the Prime Minister in the 21st century, Bangladesh has been moving forward in the world with new ventures. Among various equations of international politics, the Prime Minister has set a unique example of humanity in the world by sheltering more than one million Rohingyas who were forcibly displaced from Myanmar in the limited territory of Bangladesh.

And through this humanitarian act, she has gained the unparalleled recognition as the Mother of Humanity in the world. Sheikh Hasina, who is unique in the world, has taken another milestone programme in the world ahead of the Birth Centenary of the Father of the Nation. "No one will be homeless in Mujib Borsho" - this initiative of the PM will make it possible to ensure shelter for all. Through this initiative, Bangladesh's progress in Global Human Development Index will be possible by improving the living standards of its people. The successful implementation of ‘No One Will Be Left Behind’, the core theme of Sustainable Development Goals (SDGs), will enable inclusive development by providing houses to the most vulnerable, poor, landless and homeless people in society. Undoubtedly, the significance of the landmark initiative of Sheikh Hasina is immense in the context of the world. 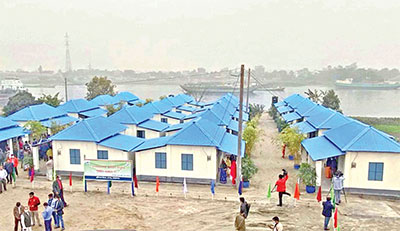 Significance of the Initiative:       In developed countries of Europe and America like England, Finland, Norway and Canada, which are established in the world as welfare states, all facilities are officially provided to meet all basic needs of people. However, in those countries, people are officially provided with houses on the basis of different classifications, but the ownership remains with the government. People live there for a nominal fee, but after their death the ownership of those houses goes back to the state. However, in case of Bangladesh, the Premier’s initiative is quite an exception. In this case, landless and homeless people are being given permanent ownership of land and houses. By providing housing facilities to poor and homeless people their quality of life will be improved. Because of a guarantee of houses, they become interested to do more work. At the same time, they will gain social status and above all become accustomed to a better life. As a result, in the long run, it will be possible to improve the living standards and socio-economic development of people, which is a rare example in the whole world.

According to the United Nations Development Programme (UNDP), Human Development Index (HDI) is an indicator that reflects an overall picture of a country's overall development. The HDI does not only include economic activities; rather, it is a collective reflection of multidimensional development of people's living standards, health, education and per capita income through the HDI. It is calculated on the basis of the geometric mean of these three indicators - life expectancy, education and GNI per capita. According to the UNDP statistics in 2020, Bangladesh is the 133rd country in the world in the HDI index, two steps higher than that of last year. Before the  ruling Awami League government took power in 2008, Bangladesh was ranked the 141st. Under the visionary leadership of the PM, Bangladesh is moving forward on the highway of development at an unstoppable pace, through which the HDI index is also gradually improving.

Homeless people are being given social recognition by providing them with houses and they are being included in the advanced sections of society. As a result, the Goal-8 of the SDG focuses on ‘Decent Work and Economic Growth’. It will be possible for Sheikh Hasina to motivate them to do good deeds and thereby contribute to the economy. As a result, the development of GNI and the advancement of HDI will be possible. Immediately after independence, the poverty rate in Bangladesh was around 70%, while on the eve of the Golden Jubilee of independence, the poverty rate fell below 20% in the fiscal year 2018-19. In the wake of the Covid-19 global epidemic, Bangladesh, like the rest of the world, witnessed an increase in poverty rate. But, under the visionary leadership of the Prime Minister, the country is making a concerted effort to turn around. And after food and clothing, the most important human right is the right to housing. Article 7 (a) (ii) of the ICESCR 1966 (International Covenant on Economic, Social and Cultural Rights) calls for ensuring safe housing for all. Although Bangladesh is a developing country, it is making strong efforts to provide all rights to its people like a welfare state.

In fine, it can be said that under the visionary leadership of the PM, the country has been recognised all over the world as a role model for development. Sheikh Hasina, the worthy daughter of Bangabandhu, is going to set an example of humanity by providing the homeless people with housing facilities. Because of her wise decision ahead of Mujib Borsho, not a single people remain homeless in the country which will play a unique role in the HDI and human development in the long run. Undoubtedly, this groundbreaking initiative of the Premier is an extra-ordinary example worth emulating across the globe.

The writer is the Deputy Commissioner (DC) of Khulna