Bangladesh: 50 Years and Beyond 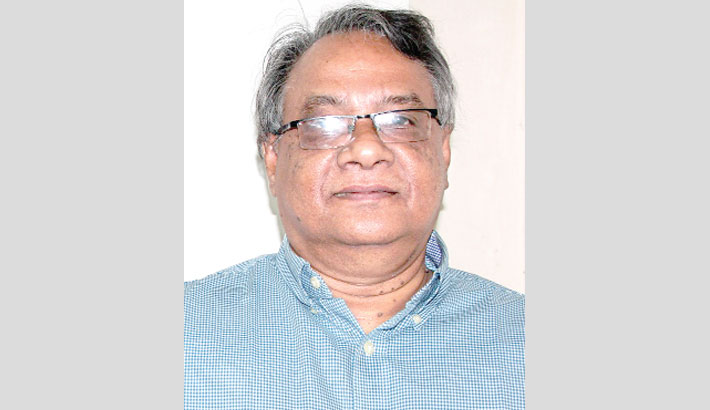 This year is the 50th year of the independence of Bangladesh which was achieved with great struggle and sacrifices of the people. In the course of the war, 3 million lives were lost and thousands of women lost their honour and about 10 million people crossed over to India as refugees.The economy also took a heavy brunt of the war. All businesses including mills and factories were virtually closed and the wheels of the economy came to a complete standstill. The infrastructure that included among others, roads, bridges railways and ports were either destroyed or became nonfunctional. According to a source, in 1972 Bangladesh's foreign currency reserve stood at less than half a million UK Pound Sterling which speaks about the state of affairs with regard to the economy of the country at the time of liberation. In 1971, the annual GDP was -14%. Poverty was widespread. Since independence, especially during the last decade, Bangladesh has been actively working to reduce poverty.

According to Bangladesh Bureau of Statistics (BBS), the poverty rate declined to 20.5% at the end of 2018-19 from 21.8% in 2017-18. The extreme poverty rate also came down to 10.5% from 11.3% during the same period. Over the years, the country has also made significant gains in key human development indicators. According to the 2018 UNDP Human Development Index, Bangladesh ranks 136th among 189 countries with an HDI score of 0.608. The 50th anniversary of the independence is also remarkable in the sense that in this very year Bangladesh has graduated from the status of the ‘Least Developed Country’. This is no mean an achievement for the country and its ever resilient and enterprising people. Here it needs to be pointed out that the last fifty years of the sovereign existence of the country have been marred by many ups and downs in the political, social and economic arenas.

As mentioned earlier, during the Liberation War, the economy of the country came to a near halt. Moving forward the wheels of the economy and putting it on the growth path was the most urgent and daunting task for the new country and its government led by Bangabandhu Sheikh Mujibur Rahman. The government took many initiatives and slowly the economy started to move forward and was gaining momentum. However, the gained momentum was lost with the assassination of Bangabandhu. With the return to democracy in the 90’s of the last century, things were changing for the better for Bangladesh. The economy started moving forward at a faster rate particularly from the last decade. Since then, Bangladesh has travelled a long way especially in the economic sector. In 1972, per capita income was about US$ 100 and it has risen to US$2,064 in 2020. In all these years, the country has also made remarkable progress in reducing poverty. The LDC graduation enabled Bangladesh to receive necessary recognition from the international community for her efforts and achievements in the area of development. Now, she intends to become an upper middle-income country by 2030 and achieve the developed country status by 2041.

It appeared that the going pace of economic development and surging growth rate would help Bangladesh to reach her cherished goals first of middle-income and then high-income developed country status within the planned period of 2030 and 2041 as mentioned earlier. But the global pandemic caused by the virus, Covid-19, has dampened the hope as the economic activities around the world have taken a sharp downturn. Bangladesh also could not escape the economic downslide. However, she is only one of the few countries that have been successful in maintaining economic growth at around 5 per cent. Under the current dismal scenario this is a great achievement. However, the pandemic has also taken its toll in all other areas. The gains in reducing poverty at 20 per cent level before the pandemic is lost and it has climbed to 40 per cent now. Unemployment situation worsens as many jobs were lost due to lockdown. People particularly working in the informal sector were hard-hit as many of them lost their livelihoods and income. However, the government took many affirmative measures to offset the negative impacts on the lives and livelihoods of the people caused by the pandemic. A number of economic stimulus packages were introduced that amounted to the tune of about Taka one lakh twenty five thousand crore for different sectors of the economy and also for extending direct economic grants to people as part of the social safety net programs. The Covid-19 vaccine procurement to immunise the people is another important challenge that the government has very successfully met so far by purchasing 30 million doses of the Oxford-AstraZeneca vaccine from India which are currently being administered among the cross section of people across the country in a very effective and efficient manner.

Meanwhile, it has been reported that the government has decided to buy another 40 million doses of the said vaccine for the purpose of immunisation of almost all eligible population of the country. So the challenges for Bangladesh after reaching glorious 50 years would include among others, pandemic control and economic recovery, accelerate economic growth and development to reach the targets set out for 2130 and 2141. This will require more investment, infrastructure development, and appropriate growth-friendly policies, adoption of state-of-the-art technologies and competent human resources and favourable global partnership. The other important challenge that Bangladesh has started facing is the negative impacts of ‘Climate Change’. Here it should be mentioned that she is a frontline state to face challenges posed by climate change. Mitigation and adaptation will be the key strategy to offset the negative impacts of climate change and ensure continuation of the process of growth and development. The achievements of the above will lead to higher standard of living, better and more employment opportunities and income, health and education for all like those available in the developed countries.

While striving to achieve those greater heights Bangladesh must not forget the high ideal for which the country was established with the sacrifices of millions of lives. It has been the establishment of an egalitarian society characterised by democracy, rule of law, equity and justice, freedom from exploitation of men by men. These are just only some of the elements of an egalitarian society. Here it needs to be mentioned that during the last 50 turbulent years of our sovereign existence as an independent state because of many reasons we fell short of institutionalising democracy, rule of law, ensure equity, social justice and curbing all pervasive corruption in the country. In the coming years beyond 50, we need to consciously address those and build the county on the ideals for which the country has been established.

We must also remember that Bangladesh is the 8th largest country in terms of population in the world. With elevation to middle-income and later to the status of developed country, Bangladesh will be called upon to play a much bigger and significant role in the world stage. To do justice to that Bangladesh must get herself prepared with needed knowledge base, technology, competency and skills. The people of Bangladesh imbibed with the zeal of the Liberation War and resilient character gifted by the nature would be able to reach a much higher height and fulfill the dream of Sonar Bangla of the martyrs and the Father of the Nation Bangabandhu Sheikh Mujibur Rahman.