Make a vow to take country to new heights: PM 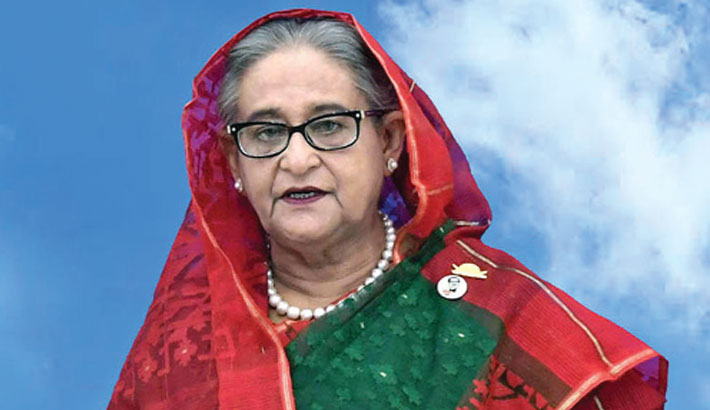 Prime Minister Sheikh Hasina on Thursday called upon the countrymen to make a vow to take the country to new heights.

The premier said this year’s Independence Day celebration was not like that of the previous years.

“Bangladesh has completed 50 years of independence. This day is meant for celebrations,” she said.

Bangladesh is going to celebrate its golden jubilee of independence at a time when the Awami League, which led the nation into achieving its independence under the leadership of Bangabandhu Sheikh Mujibur Rahman, is in power.

“Sheikh Mujib means a country and architect of a state. That’s why, we are celebrating the country’s golden jubilee of independence and his birth centenary together,” she said.

Sheikh Hasina, also president of the Awami League, credited the people for this greatest achievement.

“All the negative forecasts against Bangladesh have been proved wrong. Bangladesh has stood firmly in the globe, keeping its head high,” she added.

The premier urged the countrymen to stand against all kinds of anti-nation evil attempts for the sake of the country’s smooth advancement.

“Anti-liberation elements have carried out evil attempts to hinder the country’s progress. Such attempts are still on. So, we must keep vigil to foil all anti-state attempts,” she said.

On the eve of the joyous celebration, the premier urged all to take a vow to resist the evil forces.

“We have to take a pledge so that none can play ducks and drakes with the fate of the people of Bangladesh and can’t hinder the democracy and development of the country,” she said.

“Imbued with the spirit of independence, let’s come forward to build a developed, prosperous and non-communal ‘Sonar Bangla’ as dreamt by Bangabandhu, by forgetting all the pangs and pain,” she said.

Listing her government’s various development activities, the premier said Bangladesh was represented as a poor and underdeveloped country by experts even a decade ago.