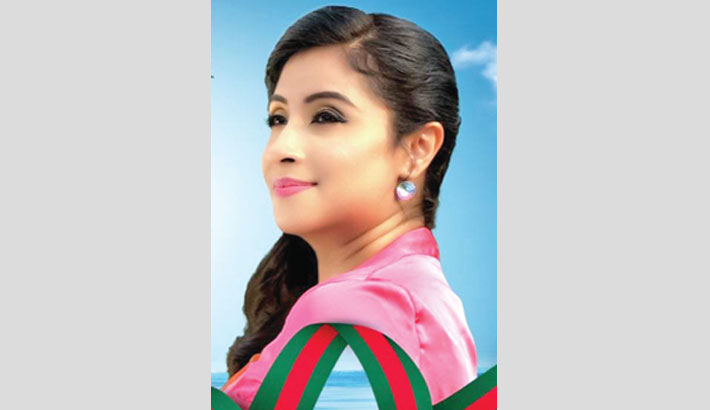 UK-based Bangladehsi singer Rubayyat Jahan has lent her voice to a patriotic song to mark the birth centenary of Father of the Nation Bangabandhu Sheik Mujibur Rahman and golden jubilee of the country’s independence. The title of the song is ‘Tomar Amar Bangladesh’.

British-Asian musician Raja Kaasheff has composed and arranged the music of the song.

The single track will be released on the YouTube channel of News24 on March 26.

Rubayyat Jahan said, “I feel very proud that I’ve lent my voice to a patriotic song on the occasion of Bangabandhu’s birth centenary and golden jubilee of Bangladesh’s independence. I express my gratitude to News24 authorities for releasing this song.”

“I myself have written the lyrics of ‘Tomar Amar Bangladesh’ and Raja Kasheff has composed the music of the track wonderfully. Raja Kasheff will also be seen in the track as a guest singer. I hope the audience will enjoy the song very much.”

Born in Chattogram, Jahan started singing from the age of eight. She has sung and performed at Asian festivals in the UK and has featured on British Asian television channels and other media. Since, 2008, She has performed regularly in London and other cities. In 2010, Jahan reached the final round of Brit Asia TV's Asian Superstars.  Jahan writes and sings songs in Bengali, Hindi, Urdu