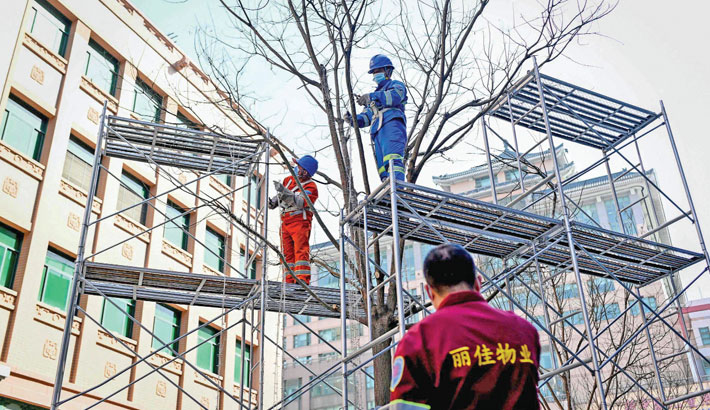 Two workers remove decorative lights which are wrapped around a tree along a street in Beijing on Tuesday. 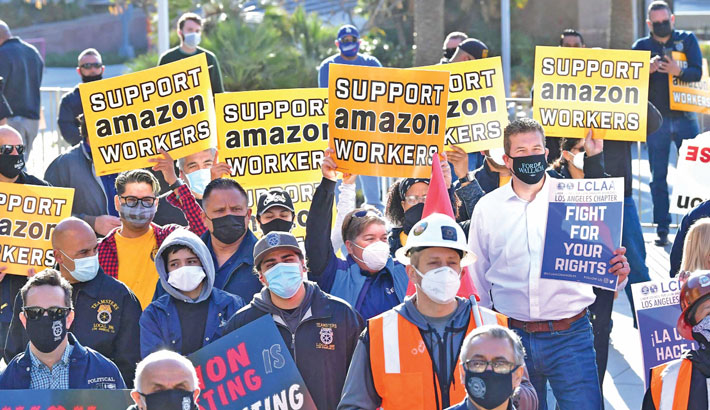 Union leaders are joined by community group representatives, elected officials and social activists for a rally in support of unionization efforts by Amazon workers in the state of Alabama recently in Los Angeles, California. Workers and organizers are pushing for what would be one of the biggest victories for labor in the United States over the past few decades if successful in the first Amazon wharehouse union election in Bessemer, Alabama, where worker's ballots must reach the regional office of the National Labor Relations Board by March 29 to be counted. 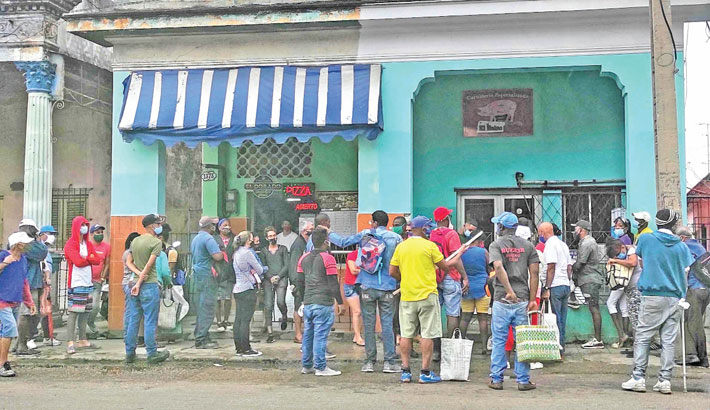 People wearing face masks as a precautionary measure against the spread of the novel coronavirus, COVID-19, queue to buy food in Havana recently. The Cuban economy is at its worst moment in almost 30 years, falling 11 percent in 2020, the biggest drop since 1993. The Communist Party Congress in April 2021, which marks Raul Castro's departure from power, will have to push for greater openness to private enterprise for the country to take off. 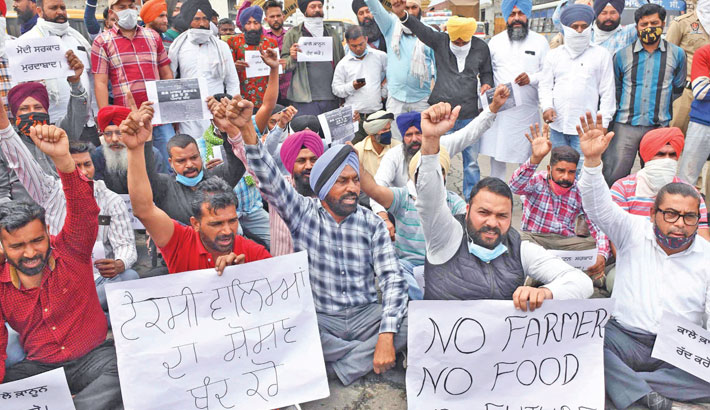 Activists from All Punjab Taxi Trade Union, shout slogans during a protest against the increase of the 'All India Tourist Authorization/Permit' fee and the rising of fuel costs, on the outskirts of Amritsar recently. 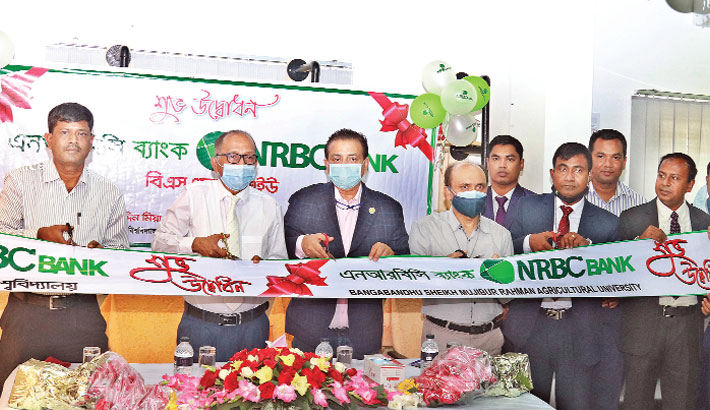 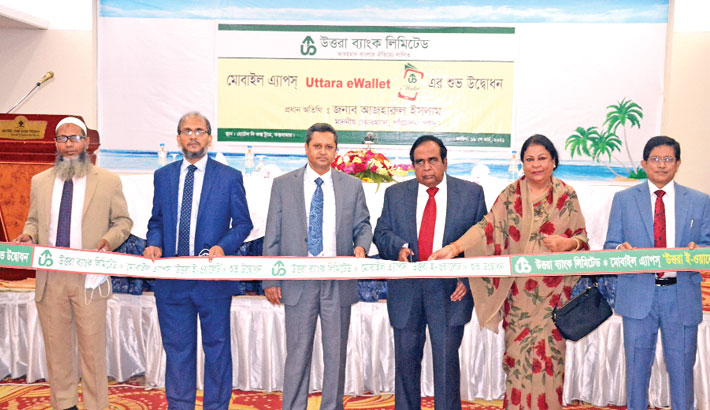