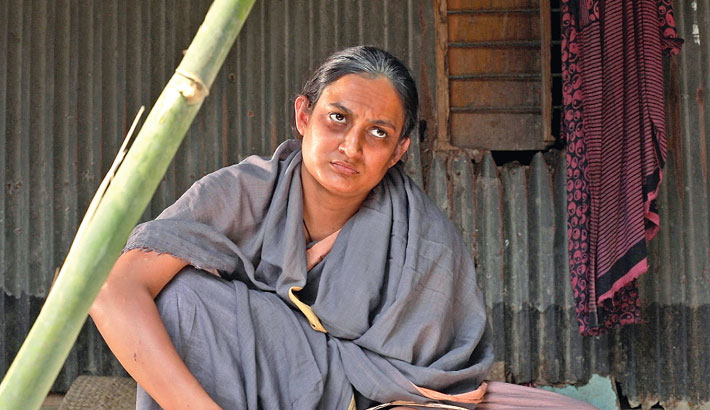 National Film Award-winning actress Aparna Ghosh will be seen as a Birangana (war heroine) in a special drama on the Independence Day. The drama titled ‘Birangona’ will be aired on Boishakhi TV on March 26.

The story of the tele-fiction has been written by Tipu Alam Milon. Scripted by Anan Zaman, ‘Birangona’ has been directed by Sudhaman Chaytan.

Besides Aparna, actors Rawnak Hasan, Manoj Pramanik, Riya Khan, Monir Zaman, Sanjida Mila and others will be seen in the single-episode drama.

The story of the drama is based on a ‘Birangona’ named Mayurjan. Mayurjan loves   Saifor, a young man who lives in Mayurjan’s village ‘Aamjhupi’. They love each other and decided to get marry. Finally, they got married during the turmoil of liberation war.  Soon after their marriage, Saifor leaves home to join the liberation war. Then, Mayurjan was captured by the Pakistan Army. Thus the story of the play continue..

About the drama, Tipu Alam said, “We are going to celebrate the golden jubilee of our independence. But what’s about Birangona? Are they getting proper respect for their Sacrifice? The drama will show a story of a Birangona of our liberation war. I hope the drama will touch the audience’s heart.”