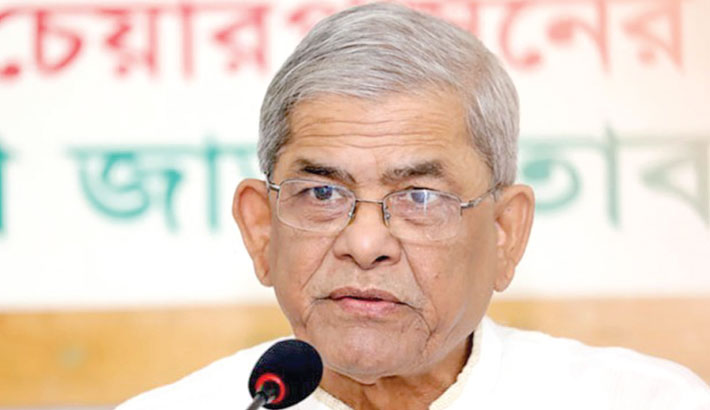 Bangladesh Nationalist Party (BNP) Secretary General Mirza Fakhrul Islam Alamgir has urged the government to make it clear to people about benefit of Bangladesh in dual connectivity of both Bangladesh and India.

“Due share of water of uncommon rivers will have to be realised and border killing also will have to be stopped by Indian border forces in a bid to improve relationship between the two neighbouring countries,” he said.

The BNP leader came up with the statement while talking to reporters after visiting ailing Habib-un-Nabi Khan Sohel at Holy Family Hospital in the capital on Tuesday.

Mirza Fakhrul said, “The (Bangladesh) government claims intense friendship with India but they can’t stop the border killing. Even the fundamental problems are not being resolved. Now we hope that the government will resolve all problems as per demand and right of country’s people.”

In his speech, the BNP senior leader also alleged that the current Awami League government is celebrating the golden jubilee of independence skipping the country’s people.

“The programmes of the government are being held without participation of any freedom fighters. Even there was no position of political parties in the programmes. The government is just showing their developments to the foreign guests,” he said.