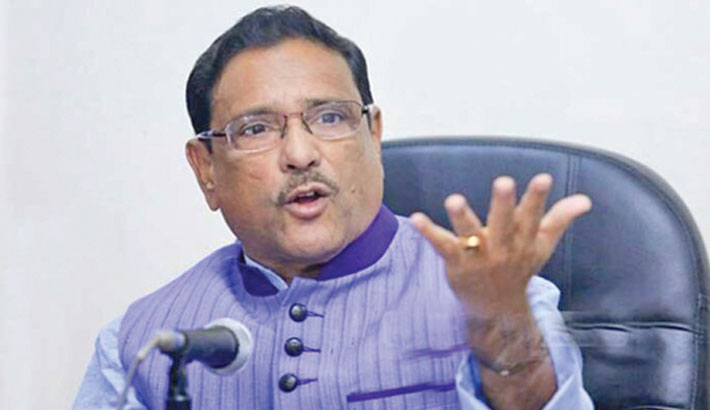 “A section of people is hatching conspiracy to thwart Narendra Modi’s visit marking the golden jubilee of the independence and the birth centenary of Bangabandhu. India was the main ally in 1971 War of Liberation. That’s why, Bangladesh invites Indian Prime Minister, not any particular individual,” he said.

Quader, also the Awami League general secretary, said this while addressing a virtual press briefing from his official residence on the parliament premises in the capital.

“There is no connection between Indian Premier Modi’s visit to Bangladesh and elections to West Bengal, he is our honorable guest. I call upon all not to incite any chaos for unrest in this regard,” he said. Talking over BNP, the AL spokesperson said, “If they want to create unrest in the name of the movement, the Awami League along with the people will resist them.”

Ruling out BNP’s allegation that there is no rule of law in the country, Quader said judiciary is independent and there is no intervene of the government on higher and lower courts.

“That is why, the court has given verdict against many leaders and activists of Awami League and many have been serving in jail,” he said.

“Many people are not wearing masks in public places, markets, stations and ferries. Negligence on maintaining health guidelines can cost out lives,” he said.