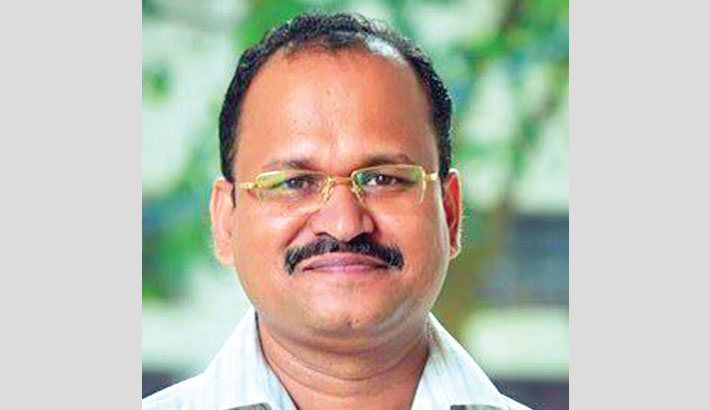 This is a great year in the history of Bangladesh. A year that has unified two great occasions and has thus made it unique in all respects. And, what a combination or juxtaposition – the birth centenary of the Father of the Nation and the golden jubilee of the country's independence! Very few countries in the world may have found such an analogy. The people of the country are thus exceptionally fortunate to have been able to celebrate the occasions. And, the celebration has to be of such magnitude that the aura can ignite and unite the people towards building a better Bangladesh and that the lifelong dreams of Bangabandhu come true in the real sense of the term.

Bangabandhu was a great leader and millions in the world were mesmerised and motivated by his towering personality and extraordinary leadership qualities. Many pundits did recognise that it was Bangabandhu's leadership that gave the real edge in the country's surge for independence. However, as a human being he was equally great and his love for people of all walks of life, especially the distressed ones, was proverbial. Throughout his life, he wanted the celebration of humanity and the emancipation of the downtrodden. He always dreamt of a land where people would be well fed, well dressed and well housed.

On the occasion of the celebration of 50 years of independence of Bangladesh, the country’s achievement is a lot. Despite many odds and political turmoil, Bangladesh’s achievements and accolades have been acknowledged by the experts. Bangladesh’s economic progress especially during the last decade or so has been a matter of great surprise to the economists all around and they have rightly pointed it out as magic. They have also given much of the credit to the great statesman, Prime Minister Sheikh Hasina. The masses thus join the chorus in celebration of the gala events that are taking place under the auspices of the government.

However, alongside celebration, there has to be soul-searching and reflection on our shortcomings as well, so that no sense of complacency sets in. In fact, the daughter of Bangabandhu is always bent on giving her best for the country. Her time and efforts for the people are just unbelievable and unthinkable given her age. The people are damned lucky that Almighty has given her the strength to carry on her job with resounding success. She is being aided by a bunch of able and efficient people. In fact, to expect equally committed performance from all her entourage is a little too much. However, it can be said that most of them are performing with great earnestness.

For making life more easygoing for the people of all walks of life, the efforts on the parts of various governmental bodies need to be more focused and committed. Though they are currently trying their level best, a greater effort is needed to provide people with better services. In passing, the price spiral is a real problem for the people of Bangladesh. Some businessmen at times become so tenacious that all governmental efforts fail to keep pace. In fact, this long-standing problem has robbed people for ages. Even during the regime of Bangabandhu, the unscrupulous people caused sufferings for the needy people.

The price hike has again come back with all the vengeance. Prices of essential commodities have shot up recently. Though the tendency has been on for quite a long time, the indomitable run of this giant seems to have reached a new height in recent times. It bodes really ill on the eve of holy Ramadan which is scheduled to start in less than a month’s time. In fact, syndicates have grown so mighty and haughty that they can control the rein of prices at will. Though various government bodies try to rein in the price spiral, success on their parts is still to be noteworthy due to lack of reflection in the market.

Corruption is another demon that continues to plague the nation and fester people even after 49 years of our independence. Despite various efforts and various bodies to curb its rate and recurrences, it continues to eat into the vitals of the country. Despite efforts from the government, a great amount of public money is still being misappropriated by a section of dishonest people. Stories of big scams and corruptions thus feature in the newspapers every now and then. At times, the magnitude of corruption and malfeasance is so big that general people are left with great awe and disbelief.

It is true that the efforts to check corruption and misappropriation of public money are not always meeting with success. However, efforts are there very much in existence and effect. It is through efforts from various governmental oversight bodies that such scams are becoming public. The bodies which are bringing these stories to light, thus, need to be given kudos to encourage them to keep up the good deeds and work as bulwarks against the misuse of public money. If these bodies were reluctant to unearth such sorts of embezzlements, the press would not be able to bring the same into the limelight.

Oppression of women and children, especially belonging to poorer sections, still haunts the society to a degree. This vice seems to be increasing in spite of stringent laws. Though various governmental measures are there to ward off the crimes against the weaker sections of the society, the steps are not always proving to be sufficient. However, the degradation of moral values across the board is also to be blamed for this. Along with economic enrichment, our moral development has not been satisfactory in many cases. To make our society safe for women, children and the weak, an overall moral uplift, is, thus, the need of the hour.

Bangabandhu was born in this land and spent full of his life struggling for the Bengali nation. It will not be sufficient if we just celebrate his birth centenary with festivity. We have to uphold the ideology he believed in so passionately. Bangabandhu’s daughter is leaving no stones unturned to materialise the dreams of Bangabandhu. On these twin gala events of the country, people of all strata need to be oath-bound to strive harder for the country and, wherever required, strike against the enemies of the society. And, with such mottos in mind, the dreams of Bangabandhu can be fulfiled to the fullest.

The writer is a Professor, Department of Public Administration and