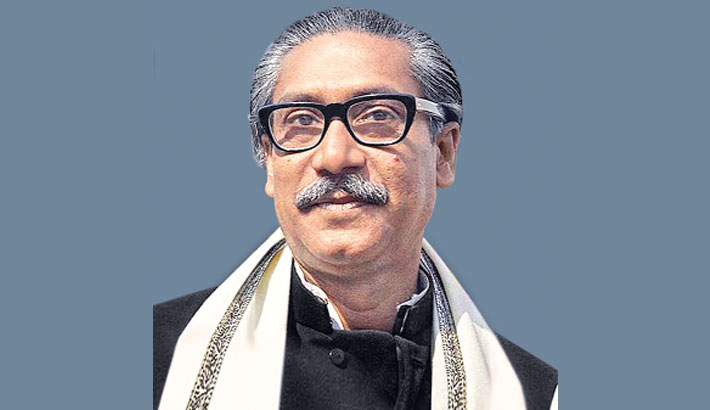 The Indian government has awarded prestigious Gandhi Peace Prize to Father of the Nation Bangabandhu Sheikh Mujibur Rahman for the year 2020.

The announcement came ahead of Indian Prime Minister Narendra Modi's historic visit to Bangladesh on March 26-27 to join the celebrations of Bangabandhu’s birth centenary, golden jubilee of Bangladesh’s independence and 50 years of Dhaka-Delhi diplomatic relations.

A statement from the Ministry of Culture of India says that Gandhi Peace Prize was conferred on the founding father of Bangladesh after a jury committee chaired by Prime Minister Narendra Modi gave its decision earlier this month.

name of Bangabandhu for the award. Speaker of Lok Sabha Om Birla and founder of the social service organisation Sulabh, Bindeshwar Pathak were the other members of the jury.

The award carries an amount of Rs. 1 crore, a citation, a plaque and an exquisite traditional handicraft.

Bangabandhu has been given the award in recognition of his outstanding contributions towards social, economic and political transformation through non-violent and other Gandhian methods.

Indian Prime Minister Narendra Modi has said Bangabandhu Sheikh Mujibur Rahman was a champion of human rights and freedom, and is a hero to Indians as well.

As Bangladesh celebrates Mujib Barsho, India is honoured to be commemorating his legacy jointly with the government of Bangladesh and its people.

Gandhi Peace Prize recognizes Bangabandhu’s immense and unparalleled contributions to inspiring the liberation of Bangladesh, bringing stability to a nation born out of strife, laying the foundation for the close and fraternal relations between India and Bangladesh and promoting peace and non-violence in the Indian subcontinent, said the official press release.

Gandhi Peace Prize is an annual award instituted by the Indian government since 1995, the 125th Birth Anniversary commemoration year of Mahatma Gandhi.

The award is given to individuals and institutions for their contribution towards social, economic and political transformation through non-violence and other Gandhian methods.