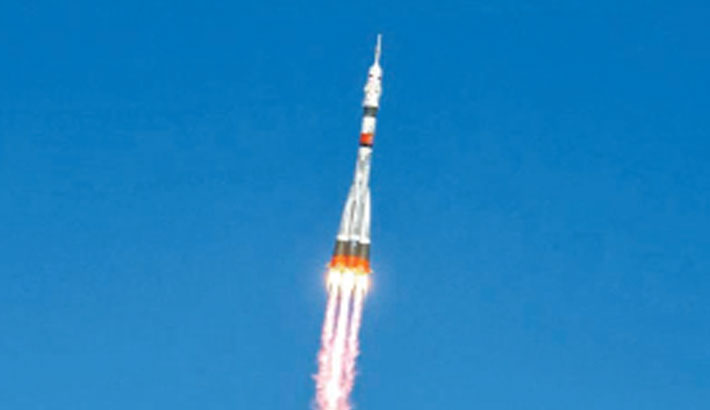 Russia on Monday put 38 foreign satellites into orbit after a succesful launch from the Baikonur cosmodrome in Kazakhstan following delays due to technical issues, reports AFP.

Video published by the Russian space agency Roscosmos showed its Soyuz rocket launching against grey and cloudy skies at 0607 GMT. “The Soyuz-2.1a carrier rocket with the Fregat upper stage and 38 spacecraft from 18 countries took off from the Baikonur cosmodrome,” Roscosmos said on its Twitter account. Later Monday, Roscosmos said in a statement that the rocket had successfully placed into orbit the 38 satellites from more than a dozen countries,

Among them was the Challenge-1, the first satellite made completely in Tunisia, which was created by the Telnet telecommunications group.

The launch was twice postponed from Saturday after a surge in voltage was detected.

Since the fall of the Soviet Union, the Russian space sector has lagged behind international competitors, plagued by corruption scandals and technological stagnation.

In 2018, a Soyuz rocket carrying a Russian cosmonaut and a NASA astronaut failed mid-flight, forcing the crew to carry out an emergency landing. Both survived without injuries.