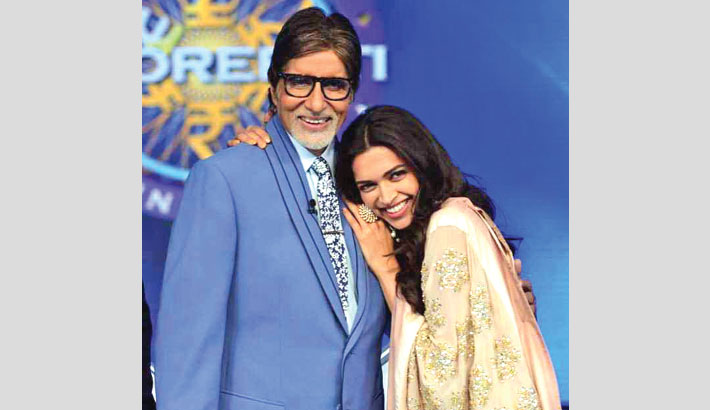 The star cast of the Hindi remake of the Hollywood film ‘Intern’ had been announced by the makers in January 2020. Reportedly, Deepika Padukone and late Bollywood actor Rishi Kapoor were supposed to be seen essaying the roles originally played by Anne Hathway and Robert Di Nero. However, after the death of veteran actor Rishi Kapoor, the makers had halted the production of the film. Now recently, according to the Bollywood Hungama reports, the makers have roped in Amitabh Bachchan to play the role of Rishi and they are also ready to revive the project, reports Pinkvilla.

Talking about the production of the film, a source close to the project has said Bollywood Hungama that the Hindi remake of The Intern hit a massive roadblock with the demise of Rishi Kapoor. “This suddenly meant that the venture was missing a crucial member of the cast, and the makers had to re-analyse the casting,” the source added. He further said that it has taken a while for the makers of The Intern remake to zero in an actor but now they have locked Amitabh Bachchan for the project and are looking to resume the shoot soon.

When asked about more details about the same and the source said that Amitabh Bachchan has been cast to reprise the role that would have been played by Rishi Kapoor. He also stated that now the talks are on with the cast members to finalize dates but it is still unclear when the film will finally commence shooting. After the late actor Irrfan Khan starrer 2015 film Piku, Deepika and Amitabh will be collaborating for the second time with this film.

Reportedly, Badhaai Ho director Amit Sharma will direct the film. Earlier, a source close to the project told PinkVilla, “They were contemplating on multiple names, but finally, zeroed in on Amit Sharma as the director. Sharma in the past has helmed Badhai Ho and is currently on the verge of completing the Ajay Devgn fronted sport biopic, Maidaan.

The team of The Intern unanimously felt that Amit is the best choice for the film and the director too is in sync with the vision to bring the classic to India."