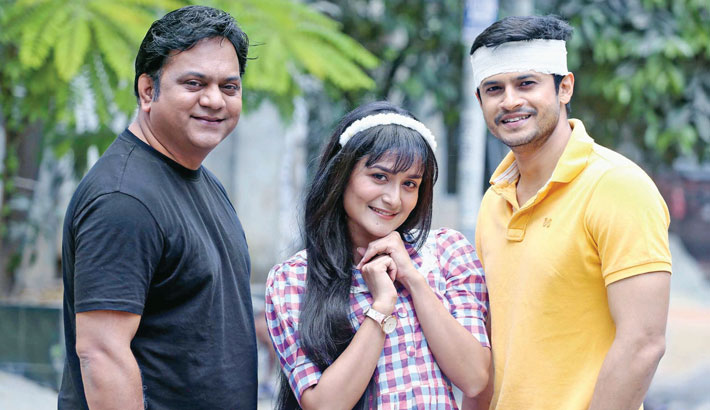 Pappuraz wrote story of the serial.

Talking about the drama, Mir Sabbir said, “It is my first work under the direction of Musafir Roni. First lot shooting of the drama has been completed. I have enjoyed the shooting. Roni is a talented director. He gives enough time to the actors to portray them according to the characters.”

“Roni has a well equipped shooting unit and all the artistes of the serial are trying to make a good drama. I hope the serial will be admired by the audience”, Sabbir added.

Nadia said, “I’m playing the role of Mini in the serial. My character of Bajimat is very interesting. The audience will see me a matured girl but looks like five years old in behaviour. I hope, the viewers will accept my character positively.”

Director Musafir Roni said, “The audience will enjoy my new serial Bajimaat. Mir Sabbir, Niloy Alamgir and Sallha Khanam Nadia are playing the roles of Murad, Hasan and Mini respectively in the serial. For the first time, they are working together in the serial so it will be a good drama serial. The serial will be aired on TV channel in May or June.”