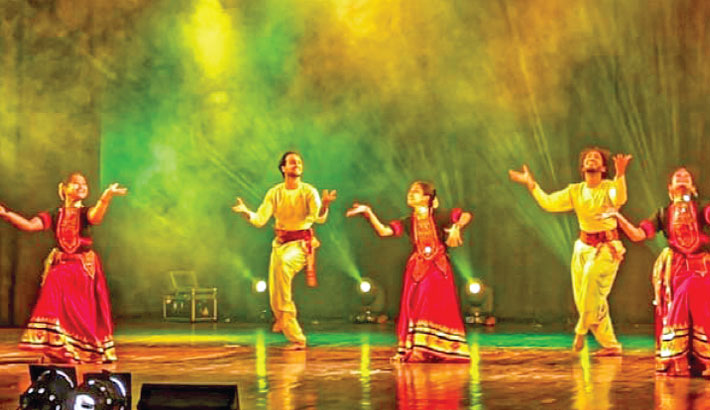 Organised as part of celebrations to mark the birth centenary of Father of the Nation Bangabandhu Sheikh Mujibur Rahman and the golden jubilee of Bangladesh’s independence, a special dance show enthralled the audience at the National Theatre Hall of Bangladesh Shilpakala Academy (BSA) on Friday, reports UNB.

“Under the visionary leadership of Prime Minister Sheikh Hasina, Bangladesh is progressing very fast with the support of other countries, especially India. Even during this pandemic, only 20 countries registered positive GDP growth and Bangladesh ranks number 3 in the list,” Dr Hasan Mahmud said at the event.

“I highly thank the Indian High Commission in Dhaka and the Indian government for organising this wonderful cultural evening, commemorating the legacy of Bangabandhu Sheikh Mujibur Rahman,” he added.

On his part, Indian High Commissioner Vikram Doraiswami said, “The emergence of Bangladesh has changed and impacted the landscape of the entire South Asia region, in terms of progress and prosperity. Bangladesh is now a role model and Bangabandhu Sheikh Mujibur Rahman is a heroic figure to our 1.3 billion Indians, and therefore his birth centenary and also the golden jubilee of Bangladesh’s independence is important to us.”

The performance was followed by two back-to-back mesmerising presentations by BSA dance artistes -- the first one being conceptualised over the historic 7th March speech of Bangabandhu and the second being a dance-drama titled “Muktir Mohaakkhyan”. Both performances were compared by BSA director general Liaquat Ali Lucky.

The tribute dance event concluded with a special dance presentation on the famous song “Shono Ekti Mujibur” by Mamata Shankar and her team.