The Night of the Generals . . . And Later 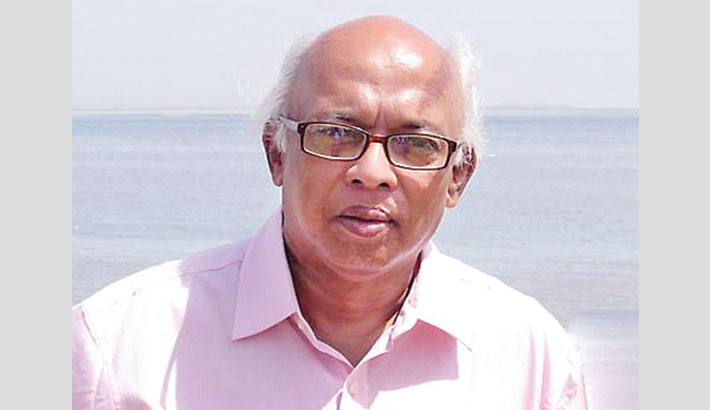 Fifty years ago this month the Pakistan army launched an unprecedented armed assault on an unarmed Bengali nation. Fifty years ago, moments before his arrest by the soldiers, Bangabandhu Sheikh Mujibur Rahman declared the independence of the People’s Republic of Bangladesh. And thus did the struggle --- political, intellectual and military --- for Bengali freedom get underway.

Half a century on, it becomes necessary, in the interest of history and for the benefit of generations past, present and future to be enlightened on the darkness which descended on Bengalis through the genocide the Pakistan army initiated on the night of 25 March 1971. It becomes an essential task, on everyone’s part, to dwell on those men of genocide, the officers of the army who through their perfidy put paid to the political negotiations that had been going on since the middle of the month.

On the evening of 25 March, General Agha Mohammad Yahya Khan, President of Pakistan, Chief Martial Law Administrator and Commander-in-Chief of the Pakistan army, left Dhaka surreptitiously without drawing an official end to the talks his regime had been having with the Awami League leadership. Worse, he did not inform Bangabandhu that he was returning to West Pakistan. Before boarding the PIA aircraft that would take him and his team back to Karachi through a circuitous flight --- flights over India were under a ban at the time --- Yahya authorized General Tikka Khan, the zonal martial law administrator who had been in Dhaka since 6 March, to go ahead with military action against the Bengalis. But he also made it known that such action would not begin until he had landed safely in Karachi.

Once Yahya Khan had departed, Tikka Khan informed General Khadim Hussain Raja, “Khadim, it is tonight.” At around 11.30 pm, Raja went into action. Troops of the Pakistan army fanned out across Dhaka, to specific points of it. One group moved to the campus of Dhaka University, where it went swiftly into killing academics and students. Another group proceeded toward Rajarbagh Police Lines, where its assault left sleeping policemen dead in their beds. A third group went to the headquarters of East Pakistan Rifles (EPR), launching a furious assault on the personnel of what was exclusively a Bengali border force. The fourth group swiftly moved to Dhanmondi Road 32, riddled its gates with machine gun fire before abducting Bangabandhu and carting him off to Adamjee Cantonment College, from where he would be flown secretly to West Pakistan a few days later. On the streets, rickshawpullers and other citizens were mown down indiscriminately.

Khadim Hussain Raja, having launched the bloodbath on the night of 25 March, went back to West Pakistan a couple of weeks later. General Tikka Khan handed over the responsibilities of martial law administrator to General Amir Abdullah Khan Niazi in April 1971 but continued as Governor of East Pakistan till early September, when he was succeeded by a Bengali, Dr Abdul Motallib Malek. Tikka became a corps commander on his return to West Pakistan.

Other Pakistani military officers stayed on in occupied Bangladesh, supervising the process of killings and pillage and rape in towns and villages. General Rao Farman Ali was effectively the driving force of the puppet Malek government and toward the end of the War of Liberation, he played a key role in the abduction and murder of Bengali intellectuals by al-Badr, the murder squad of the Jamaat-e-Islami. Brigadier Siddik Salik served as media chief of the army in Dhaka and in that capacity kept a tight leash on the press, making sure that newspapers, radio and television produced glowing reports of ‘normalcy’ and ‘miscreants’ being crushed by the Pakistan army in ‘East Pakistan’.

Go back a little, and recall that early in March 1971, Vice Admiral S.M. Ahsan, the governor, and t. General Sahibzada Yaqub Khan, the zonal martial law administrator, resigned rather than initiate military action against the Bengalis. On the morning of 26 March, as Bengalis were being killed by the army, Tikka Khan along with other senior officers of the army enjoyed a hearty breakfast in Dhaka cantonment over fruits brought fresh from West Pakistan. In the evening, once Yahya Khan had delivered his broadcast banning the Awami League and fulminating against Bangabandhu, Roedad Khan, Secretary of Pakistan’s Ministry of Information and Broadcasting, did not fail to proclaim his happiness. ‘Yar, iman taaza ho giya (friend, faith has been revived)’.

On the night of 25 March and well into the early hours of the next day, Zulfikar Ali Bhutto watched from Hotel Intercontinental the offices of The People newspaper, situated behind Sakura restaurant, burning after it had been torched by the Pakistan army. A few hours later, Bhutto was escorted to Tejgaon airport by the army and put on a flight to Karachi. On his arrival in Karachi, a beaming Bhutto told newsmen, ‘Thank God Pakistan has been saved.’

These men of genocide were not punished. Those who were taken prisoner on 16 December 1971 remained as prisoners of war in camps in India for three years. As many as 195 of Pakistan’s military officers were officially named as war criminals by the Bangladesh government, to be tried in Dhaka, but were eventually freed through a tripartite agreement between India, Pakistan and Bangladesh in April 1974 and repatriated to Pakistan. Bhutto had threatened to place more than 200 Bengali civilian and army officers stranded in Pakistan on trial for treason if the 195 officers cited for war crimes in Bangladesh were not freed, though his government promised Bangladesh that the officers would be tried by the Pakistani authorities themselves once they returned to Pakistan. The promise was never kept.

So what happened to these men of genocide after Bangladesh’s battlefield triumph in December 1971? The Hamoodur Rahman Commission, set up by President Bhutto to study the causes behind the Pakistan army’s debacle in Bangladesh, ended up producing a report. The report was quickly suppressed by the Bhutto government. Negligible portions of the report would surface in an Indian media outlet years later, but the full, comprehensive report was never to be seen.

After 1971, General Tikka Khan would be appointed chief of staff of the Pakistan army by the Bhutto government. At Lahore airport in February 1974, he would salute Bangabandhu Sheikh Mujibur Rahman, whose arrest he had ordered in March 1971. In retirement, he joined the Pakistan People’s Party and served as its secretary general. In Benazir Bhutto’s government, he would serve as Governor of Punjab. Tikka died in March 2002.

Yahya Khan, after he had handed over power to Z.A. Bhutto on 20 December 1971, was placed under house arrest along with other senior generals and was never brought to trial for his role in the break-up of Pakistan and the genocide in Bangladesh. He was freed from confinement after Bhutto’s overthrow by General Ziaul Haq in 1977. When he died in August 1980 he was buried with full military honours.

A.A.K. Niazi, on his return from a POW camp in India, was demoted by the Bhutto government and dismissed from the army. He later joined a rightwing political party, but made no headway with it. He wrote his account of the 1971 conflict and called it ‘Betrayal of East Pakistan’. Niazi died in February 2004.

Khadim Hussain Raja served in the Pakistan army till his retirement. After his death in September 1999, his account of the crisis of 1971 was published posthumously as ‘A Stranger in My Own Country: East Pakistan 1969-71’.

Rao Farman Ali went through a career rebirth following his release from a POW camp in India. He was retired from the army and subsequently joined the Ziaul Haq regime as minister for petroleum and was also national security advisor to the dictator.  He wrote ‘How Pakistan Got Divided’, his narrative on the war in Bangladesh. Farman Ali passed away in January 2004.

Brigadier Siddik Salik, whose account of the Bangladesh war in ‘Witness to Surrender’ papered over his role in Dhaka, was a prisoner of war in India. He later served Ziaul Haq as media adviser. On 17 August 1988, he perished in the air crash that killed Zia and a host of others.

S.M. Ahsan and Sahibzada Yaqub Khan, who resigned their positions in March 1971 rather than take military action against Bengalis, died in 1989 and 2016, in that order. Yaqub Khan served as Pakistan’s foreign minister in the governments of Ziaul Haq and Benazir Bhutto, prior to which he was ambassador in Washington.

Zulfikar Ali Bhutto, a key figure in precipitating the crisis in 1971, served as President of rump Pakistan from December 1971 to August 1973 and as Prime Minister till July 1977, when his handpicked army chief ousted him from power. Tried and convicted for murder, he was hanged in April 1979.

Fifty years after March 1971, we have not forgotten. Half a century on, we pay homage to all our compatriots who lost their lives through the perfidy of generals turned merchants of bloodletting.