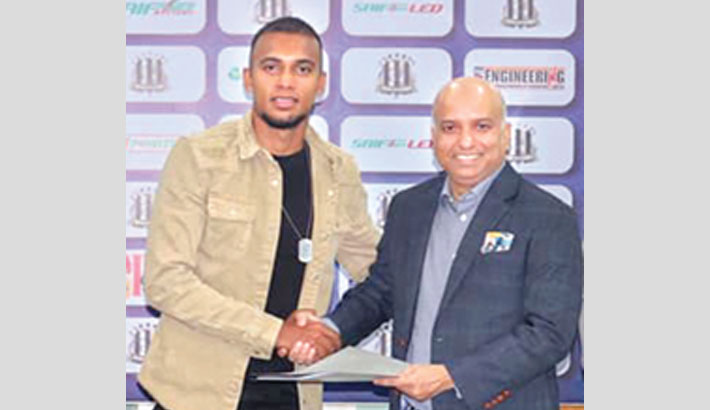 Jamal, who returned to Dhaka on Friday after representing Kolkata Mohammedan in the I-League for almost three months, will continue his service for Saif SC till 2021-22 season.

“Jamal is our player. He has been playing for us since 2017. He just has played matches for Kolkata Mohammedan. We've renewed our contract with him today. He will get yearly Tk 66 lakh as per the contract. Jamal will play the second phase of the ongoing league and the next season,” Saif SC Managing Director Nasiruddin Chowdhury said. Jamal, who will represent Saif SC in the second phase of Bangladesh Premier League, was optimistic to finish second behind Bashundhara Kings in the ongoing league.

“My target is to secure second place for Saif SC in the ongoing league. We won’t be the toppers now because Bashundhara Kings already made a huge point difference,” he said.

Kings are currently leading the points table with 34 points from 12 games while Saif SC are in fourth place with 22 points at the halfway point in the season.

Jamal is expected to fly for Nepal on March 22 to join the Bangladesh national team to play a tri-nation tournament.