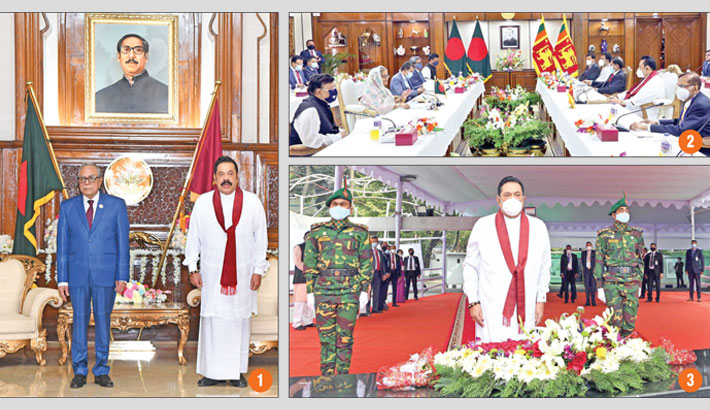 The visiting Sri Lankan prime minister showed his respect to Bangabandhu by placing a wreath at his portrait on the premises of Bangabandhu Memorial Museum at Dhanmondi road number 32, reports BSS.

After placing the wreath, Rajapaksa stood there for some time in solemn silence as a mark of profound respect to the memory of the architect of the country’s independence.

He also signed the visitors book.

“I’m deeply touched and moved by this sacred space so much venerated by the people of Bangladesh and all the peace loving people the world over,” he wrote in the visitors book.

“The tragedy of Bangladesh that took place at this place on August 15, 1975, in many ways symbolizes the courage and strength it infused in to the people of Bangladesh to protect and cherish the freedom for which Bangabandhu sacrificed his valued life,” he also wrote.

“May this be an eternal tribute to all those who respect life and freedom,” he mentioned.