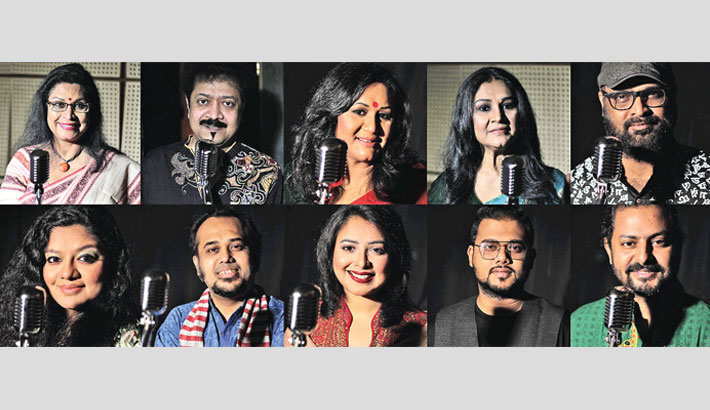 On the occasion of the golden jubilee celebrations of independence, the country’s ten popular singers have lent their voice to Rabindranath Tagore’s song ‘O Amar Desher Mati’.

The new arrangement of the song has been done by Joy Shahriar. Under the banner of Ajab Karkhana, the director of the music video of the song is Borno Chakroborty.

About the song, Joy Shahriar said, “I wanted to do something special on the occasion of golden jubilee celebrations of independence of Bangladesh. For that, I have select this greatest creation of Rabindranath Tagore. Ten prominent singers have lent their voice to this song. Thank all of them.’

“We have dedicated this song to all freedom fighters of our liberation war”, he added.

The song will be released on the Facebook page and YouTube Channel of Ajab Karkhana on March 24.