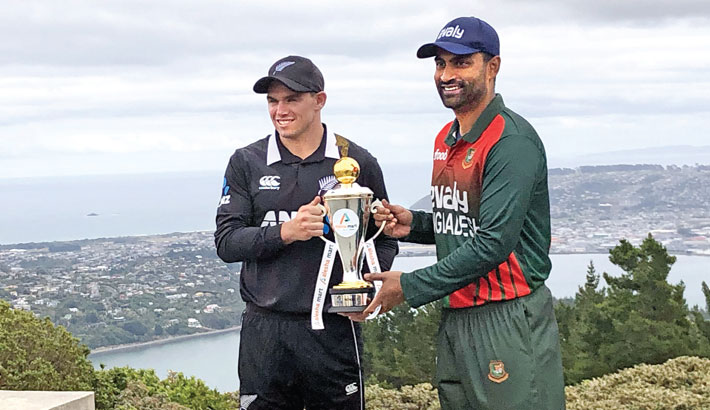 Bangladesh ODI skipper Tamim Iqbal’s decision to skip the upcoming T20I series against New Zealand did not create any unnecessary hype as it seems to be the new reality in Bangladesh cricket.

The decision of Tamim’s skipping the T20I series that is suspected to be due to the fatigue of bio-bubble only suggests the time has come for Bangladesh to embrace rotation policy.

While rotation policy is something new in this part of the cricketing landscape, it is a very common thing with England and New Zealand and they are reaping the benefit of it as well.

In the new normal cricket environment that came into effect after the corona pandemic, it is proven that quarantine and all those protocols are taking a huge toll on the cricketers and keeping their mental state in the best possible place they need to balance it somewhere.

Bangladesh selector Habibul Bashar insisted that if they embrace rotation policy in future that won’t imply the end of the world.

“England and New Zealand are quite successful following the rotation policy and if we adopt it there is no need for any hue and cry,” Habibul told The Daily Sun on Friday.

“All this bio-bubble surely takes a toll on the mind of the cricketers and if someone wants to take a break there is no reason to put a finger on his back as he is the one who knows the best what will help him to perform at his best,” he added.

Tamim earlier admitted that it’s time to move away from the traditional cricketing culture and stop pointing fingers at someone who is not available for his personal reasons when a journalist asked him whether he will be missing Shakib Al Hasan.

While the decision of Tamim is entirely personal, Shakib opted to skip the tour of Sri Lanka in order to make him available for the whole season of the Indian Premier League while he decided to skip the tour of New Zealand to be with his expecting wife, who gave birth to a baby boy recently.

Tamim suggested that the time has come to accept the new reality.

“All our cricketers will not be available all the time and we have to move forward with it. At times I might not play and at times Mushfiq might not play but the team should not suffer,” said Tamim ahead of the ODI series.

Tamim had always been very vocal to go for rotation and he had put across the message after the last game against West Indies.

Tamim did not shy away from speaking his mind regarding introducing rotation policy as he felt the mental pressure is too much to bear in the present circumstances where all they could do is spend their time with fellow team-mates in the hotel and barred from meeting anyone not part of the bio-bubble.

“It's not great to be in a bubble because you have your family around but you cannot meet them. I think going forward, you will have to have some players miss some series because staying away from your family in a bubble is not easy,” said Tamim during a post-match presentation on January 25.