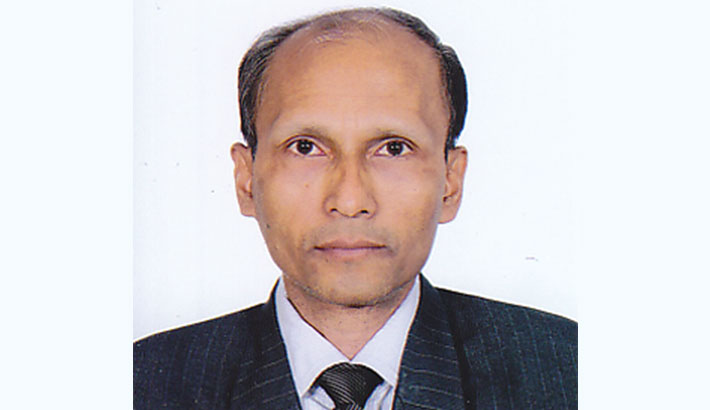 The mother of an eight-year old student of Hathazari Markajul Qur’an Islamic Academy went to meet her son on his birthday. After her departure, the child followed his mother to some distance. It can actually happen to any children of this age. A teacher of the madrasa took it as an offense, thus, pulling the boy by his neck started beating him black and blue. Placing him in a room afterwards, the beating continued as the child lay down on the floor. Someone took a video of the incident and released it on social media. It became viral drawing the attention of thousands of viewers. In response, the Upazila Nirbahi Officer went to the madrasa, took the boy to his office and arrested the teacher. However, the teacher was released as the guardians of the child did not want to lodge any complaint against him. The madrasa authorities, of course, have expelled the teacher.

Teachers teaching small children need to have the knowledge of child psychology along with pedagogical aspects of teaching and learning. The teachers of the general stream of education receive training in various capacities and fields from the government, non-government organisations, under different projects, though expected positive changes in the classroom is far off. The teachers of madrasas don’t have any opportunity to have such formal or informal training either from the state or from the NGOs. In the general stream corporal punishment has been banned since 2011. It is one step ahead for change, though not yet fully implemented all over the country. Nor many teachers could accept the idea sincerely. Many teachers even now ask, “Sir, what do you think of corporal punishment? Is it okay that the government has removed ‘cane’ from the class?” They continue ‘students have become more `undisciplined and unruly’ because of removing canes from the classroom. Teaching does not allow coercion and physical or mental torture. Learning must take place in a joyful and pleasant environment---still seems to be an unrealistic idea to the teachers (not all) of general education. Madrasa teachers have no formal training to deal with children and their education.

Teachers in the primary and secondary level must have acquaintance with child psychology. Many of them don’t have such ideas formally from any training. Some teachers try to learn it of their own accord through reading different materials that I doubt madrasa teachers do as they don’t have a regular habit of reading newspapers and other learning materials. Children’s conduct and behaviour will be different from the aged teachers though teachers think their students must show the same attitude and behaviour as them. Those who do it are considered the most obedient children. Basically, children must remain busy with something. So, teachers should know how to keep them busy in the classroom. Children love gossiping with their peers, observe very keenly anything around them, talk about anything, mock and laugh at something. They will not get engaged in any work that does not give them fun. They can hardly retain their unbroken attention towards the teachers and their work. When teachers can deliver teaching keeping pace with these phenomena, they become successful and can draw the attention of the students towards them. But a disastrous situation happens where the opposite occurs. Though the responsibility goes with the state to equip the teachers with these qualities, teachers themselves should come up with having ideas for the sake of their professional interest.

It’s true that most teachers have to conduct five or six classes a day. They hardly get time to take ample preparation and make the classes interesting. In the midst of this reality, young learners show different kinds of attitude in the classroom that can infuriate and exacerbate the temper of teachers. This is why they think punishment should run in the classroom to control the students. This is basically an ineffective or temporary solution that does not go with the real spirit of teaching. In spite of being busy with classes and other activities, teachers can make classes interesting with a good place of learning if innovative techniques were applied in the classes. They can become familiar with those techniques by studying different kinds of materials on their own accord. If they remain dependent on the government or other authorities, things may not happen easily or soon. From their own interest and benefit, they should find out new ways of teaching to make learning interesting and exciting.

What usually happens in the madrasa education? The financially backward families send their children to receive such an education. Also the difficult students are sent there to receive religious education as parents believe religious education will sober them. They believe that children will grow up to be decent without getting punishment from their teachers. All these notions contribute to corporal punishment, sometimes in the brutal form, in madrasa that must be stopped by the madrasa authorities and the education officers working in the field level. Madrasa teachers don’t have any training in teaching children or how to behave with them. Only one madrasa teachers’ training institute in the country cannot cater to the needs of all. On top of that, the Qawmi Madrasa wing does not bother about such training and they are not included in receiving such training. They hold old ideas of teaching. Teaching cannot be done by force by corporal punishment that must be realised by the madrasa, particularly Qawmi Madrasa teachers.

There exists no correct statistics of corporal punishment and sexual harassment taking place in the madrasas. ‘Adhikar’ released a report on January 25 this year, showing that in 2020 alone, 1538 women and girls were raped and out of them 577 are women, 919 girls, and age unknown of the rest. Again, we come to know from newspaper reports that 281 rape attempts were made in 2020, involving influential local people in politics. Such incidents are taking place in madrasas as well, but statistics are not available as the victims don’t express in most of the cases due to shame and fear. We also came to learn from newspapers that 40 sodomy cases were identified in madrasa in 2020 that was unexpected in religious educational institutions. On March 4, 2020 Taouhidul Islam, a student of Jamirdia Madrasa of Valuka, Mymensingh died at the National Institute of Diseases of the Chest and Hospital, Dhaka. His teacher beat him mercilessly with a stick breaking the bone of one of his legs on February 23, for not memorising the lesson. He was sent home and his relatives took him to Dhaka where he breathed his last. When memorising is discouraged and creativity of the learners is encouraged, madrasa teachers beat their students for not memorising the lesson that sounds strange in this age. On October 18, 2020 in Mujahidpur Nurani Madrasa a four year old student was raped by his teacher who was then arrested. Of course, in general education huge monitoring, by the committee, head teachers, government and the guardians take place. Even then, change is coming very slowly. Still much need to be done. In madrasa where no such supervision is available to monitor and improve the situation of classes and education, unexpected situations are likely to happen. Madrasa is a reality in our social context which we cannot ignore easily. However, we want to see real education disseminated and the teachers well aware of the facts of teaching and learning with particular emphasis on child psychology. The committees, local education officers, elites of the society and the ministry of education must positively intervene in the running of madrasas for a congenial atmosphere of teaching and learning.

The writer works for BRAC Education.