Observance of International Day of Happiness 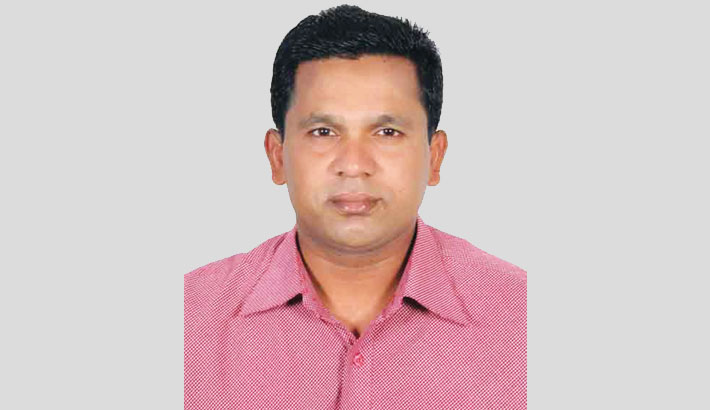 The member states of the United Nations (UN) are encouraged to take part in the International Day of Happiness, to raise awareness of the importance of positive emotion for humanity and to help others find the pathway to create happiness. In 2015, the UN launched the 17 Sustainable Development Goals (SDG) that seek to end poverty, reduce inequality, and protect our planet, three key aspects that lead to well-being and happiness. The United Nations invites every person to join in celebration of the International Day of Happiness.

Happiness does not necessarily mean prosperity or gaining wealth only; but, the prosperity may contribute to create happiness to some extent in some contexts. Happiness is a feeling of well-being, joy or contentment in a life. When people are successful, feel safe or feel lucky, then they may think they are happy. Different people feel happiness for different reasons on different occasions. Whenever doing something gives happiness, people usually like to do more of it.

We may be wrong to believe that economic prosperity would bring happiness. Ideal happiness comes when we have all of our needs satisfied. There are limitless degrees of happiness between the ecstasy of enlightenment and the despair of depression. The genuine happiness of enlightenment may be hard to achieve, and even harder to maintain. It is hoped that if the SDGs are achieved and fulfilled, happiness may be created in us.

Happiness has great importance in personal, family, social and as a whole in national life. Happiness is likely to bring economic prosperity. But, prosperity cannot bring absolute happiness. We need to promote well-being rather than wealth. It has long been wrongly assumed that economic prosperity brings happiness. However, the evidence is to the contrary. It is quite evident that the economic growth in developed countries has gone hand-in-hand with a rise in mental and behavioural disorders, family breakdown, social exclusion, and diminished social trust.

Can you buy happiness? In answer to this question, researchers from Cornell University found that spending money on material things feels good at first but actually makes people less happy in the end. The research showed that life satisfaction gets higher with personal and national income but that positive feelings, which also increase slightly as income rises, are much more strongly associated with other factors such as feeling respected, having autonomy and social support, and working at a fulfilling job.

According to the World Happiness Report 2020, the people of Finland are happiest in the world followed by Denmark, Switzerland, Iceland, and the Norway. Though the people of Finland are happiest, it is not the richest either among the 156 countries surveyed by Gallup World Poll.  The factors involve: freedom, levels of GDP, life expectancy, generosity, social support, etc. In the list, the U.S. ranks number 18, the UK is at number 13, Germany is at 17, and Bangladesh is at 107 while our neighbouring Nepal is at 92, Maldives at 87 and India is at 144. Afghanistan is named the unhappiest place in the world, followed by South Sudan and Zimbabwe.

The UN report says— happiness can be reliably assessed by a variety of well-being measures, income is not necessarily the most important. The five key variables include- freedom to make life choices, trust towards social and political institutions, healthy life expectancy, and level of available support from friends and relatives and generosity as a sense of positive society engagement.

It is said that we are in an era of rising tensions and negative emotions. In a research, it is found that 69 per cent people in the world are unhappy in different forms and situations, causing separation, divorce, suicides, unrest, conflicts, insanity and illness. According to a recent survey result, people across the globe are more satisfied with life when their governments are more effective, enforce the rule of law, have better regulation, combat corruption, and spend more on health care and less on buying weapons. It also helps to live in a country with more political stability, less violence and less conflict.

Bangladesh should observe the day with adequate weight highlighting the importance of happiness in life for our national welfare. So, we might help promote happiness for all strengthening connections with family, friends, neighbours, and other people. It is also believed that people who are happy tend to live longer and have fewer health complications. There is a day that is celebrated to recognise the importance of happiness in life. The happier we are the better chance we have of avoiding a stroke. This is found in a study conducted by researchers at the University of Michigan.

As we are addressing a global crisis together, it is the time to keep calm, stay wise and be kind. The absolute right is the pursuit of happiness. Still, research is going on with the study of happiness, how to find or increase happiness levels. Therefore, the 2021 International Day of Happiness is a day to value happiness and make people happy. Let us realise the importance of happiness in national life and work for it.

The writer is an educational

researcher and a retired professor of English.