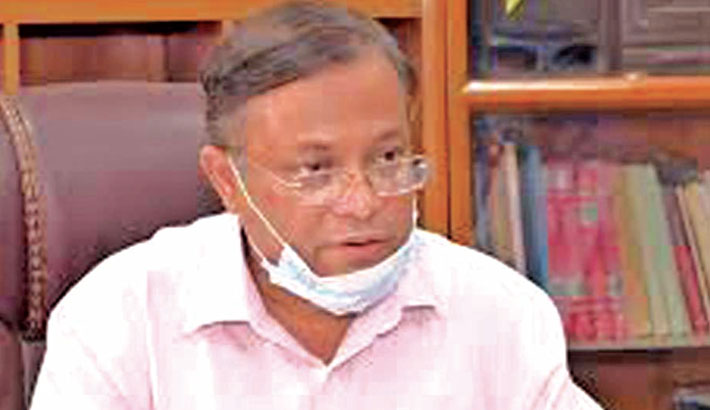 Information Minister Dr Hasan Mahmud on Friday said the attack on Hindus in Sunamganj was pre-planned.

“Attack on people of Hindu community in Sunamganj is a part of planned conspiracy,” he said.

The minister made the remark while addressing a discussion at Jatiya Press Club in the capital, marking the 8th death anniversary of former president Zillur Rahman.

“Now, Bangladesh is a middle-income country and marching forward indomitably to be a poverty-free one. New conspiracy has begun at the time when the country is receiving appreciations from foreigners for unprecedented development acts,” he said.

Referring to a statement issued by the BNP, Hasan said Awami League had to open shelter house on Bangabandhu Avenue as minorities were persecuted after they voted for ‘Boat’ symbol.

“Minorities were persecuted across the country including Kotalipara, Bhola, Barishal and Sirajganj. Even, many of them were raped,” he said.

Mentioning that BNP bear resentment towards minorities as they support Awami League for its non-communal character, the minister said BNP issued the statement after carrying out the attack in Shalla.

“The attack was carried out in a planned manner to destabilise the country and push the government into a trouble,” he said.