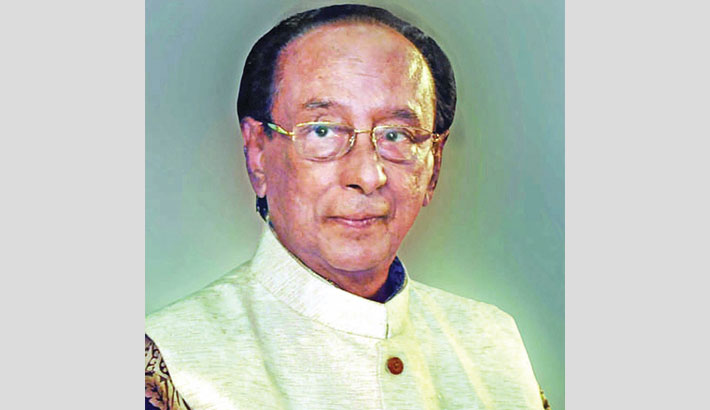 The eighth death anniversary of former president Zillur Rahman, also a Language Movement hero and an organiser of the War of Liberation, will be observed today.

He was born on March 9 in 1929 at a renowned family of Bhairab upazila in Kishoreganj.

The veteran AL leader participated in the Language Movement of 1952 and Six Point Movement in 1966. He joined the mass upsurge of 1969 and was elected as a lawmaker through the general elections in 1970.

He was the key organiser of the War of Liberation in 1971. Later, he was made general secretary of AL where Bangabandhu was the president.

For the brief period in which the Bangladesh Krishak Sramik Awami League (BAKSAL) operated in 1975, he served as one of the four general secretaries of the party.

Zillur Rahman was in jail for four years during military ruler Ziaur Rahman following the murder and mayhem of August-November 1975.

He served as a LGRD minister when the Awami League returned to power for the first time in 1996 after 21-year. He was the deputy leader in Parliament.

As a tested and dedicated leader of AL, he led the Awami League at a time when, with Sheikh Hasina in incarceration following the imposition of a state of emergency in January 2007, the party was under pressure from within and without.

Veteran politician Zillur Rahman was elected the 19th president of Bangladesh in January 2009.

In simple terms, there was the seasoned politician in him. His career was given more substance when he married Ivy Rahman. It was a deep relationship that was to go through supreme tragedy when Ivy Rahman fell victim to the grenade attack on an Awami League rally in Dhaka on August 21, 2004.

Bangladesh Awami League, its associate bodies, other like-minded organisations and socio-cultural and professional bodies have chalked out various programmes to pay homage to the former president of the country.

The programmes include placing wreaths at his grave, milad mahfil, Qurankhwani, doa-munajat and discussions.

The AL will place wreaths at his grave in Banani graveyard in the capital. Besides, memorial meetings and milad mahfils will be held at different places.