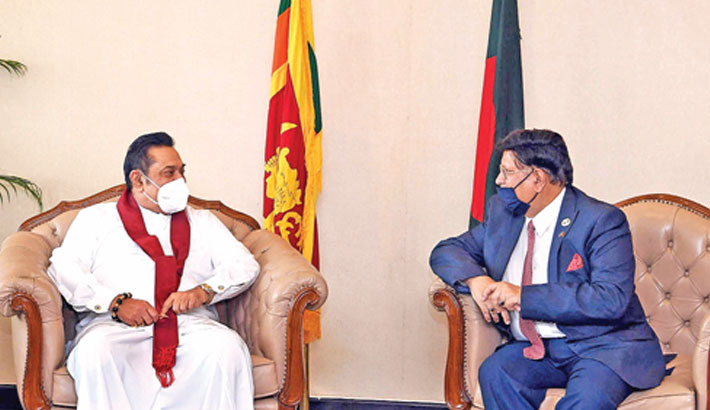 Sri Lanka has assured to vote for Bangladesh in next membership election to the United Nations Human Rights Council (UNHRC).

During the meeting, Foreign Minister Momen briefed the Sri Lankan Prime Minister about the current situation of Rohingya crisis and sought Colombo’s proactive support in ending the problem as well as repatriation of these displaced people.

Momen urged Rajapaksa to use his good office and discuss the Rohingya issue with Myanmar government.

In response, Momen said, the Sri Lankan leader termed the Rohingya crisis as a serious issue and assured that his country would remain beside Bangladesh in resolving the crisis.

The Bangladesh Foreign Minister also urged the Sri Lankan Prime Minister regarding implementation of some agreements between Bangladesh and Sri Lanka signed earlier.