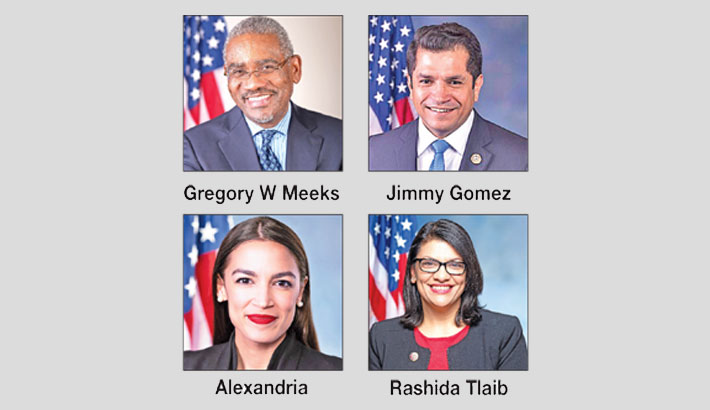 The US Congress has introduced a resolution, congratulating the people of Bangladesh on the 50th anniversary of the independence of the South Asian country.

The Congress has also hailed the courage of valiant freedom fighters in the struggle for independence and democracy.

The Congress has also lauded Bangla-desh’s contributions to hosting the Rohingyas fleeing the genocide in Myanmar.

The resolution titled "Commemorating the 50th anniversary of Bangladesh's independence" was introduced in the US House of Representatives on March 16, said Bangladesh Embassy in Washington DC on Thursday.

The resolution has been referred to the House Committee on Foreign Affairs for further action.

The Congress resolution cited Senator Edward Kennedy's speech on February 14, 1972, at the University of Dhaka, where he said, "The struggle of the people of Bangladesh…evokes the greatest memories of our past."

The resolution highlighted the history of Bangladesh's long struggle for self-determination culminating in the War of Independence in 1971.

In the resolution, the House of Representatives recognised the historical significance of this milestone to those of Bangladeshi heritage, courage of freedom fighters in the struggle for independence and democracy.

The House of Representatives expressed support for the principles of democratic governance to which the people of Bangladesh are committed.

Earlier, the Georgia and New Jersey State Parliaments introduced a resolution, congratulating Bangladesh on the occasion of the birth centenary of Bangabandhu Sheikh Mujibur Rahman, the golden jubilee of the country’s independence.

They also highlighted Bangladesh as a global role model for development under the leadership of Sheikh Hasina, daughter of Bangabandhu.

Diplomatic circle and political experts in Dhaka have termed the development as a major breakthrough and said the US-Bangladesh political relations will further enhance if the resolution is approved.