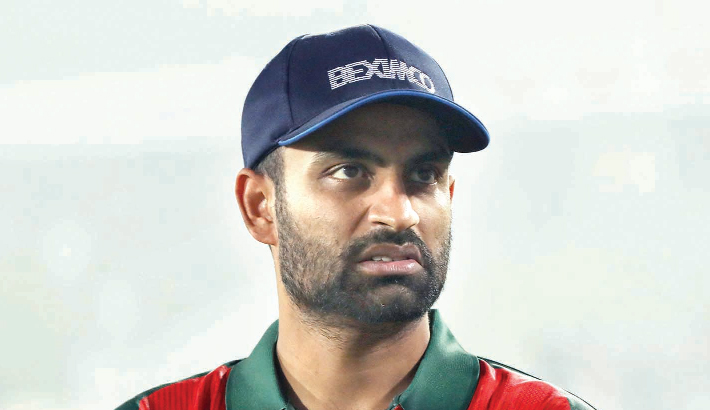 Bangladesh ODI skipper Tamim Iqbal on Thursday confirmed that he will not play the upcoming three-match T20I series against hosts New Zealand due to personal reasons.

“I’ve communicated it to the team management and the head coach. I wish all the best for the team,” he said during a virtual press conference ahead of the three-match ODI series against the Kiwis.

Tamim, however, said he is hopeful to take part in the three-match ODI series starting on Saturday despite suffering a hamstring injury.

The three ODIs will be played on March 20, 23 and 26 in Dunedin, Christchurch and Wellington respectively while the three T20Is will take place on March 28, 30 and April 1 in Hamilton, Napier and Auckland respectively.

Tamim is the second senior Bangladeshi cricketer who will miss the T20I series against the Kiwis after ace all-rounder Shakib Al Hasan who earlier opted not to travel to New Zealand as he took paternity leave.

The 31-year-old Tigers’ skipper insisted that Bangladesh cricket should move forward without losing its sleep over who is available and who is not for the national team for a particular series.

“We have to look at it in this manner that we might not get all the players every time and we must look forward even when they are not available,” Tamim said in reply to a journalist’s query.