On Books, Book Fair and Reading 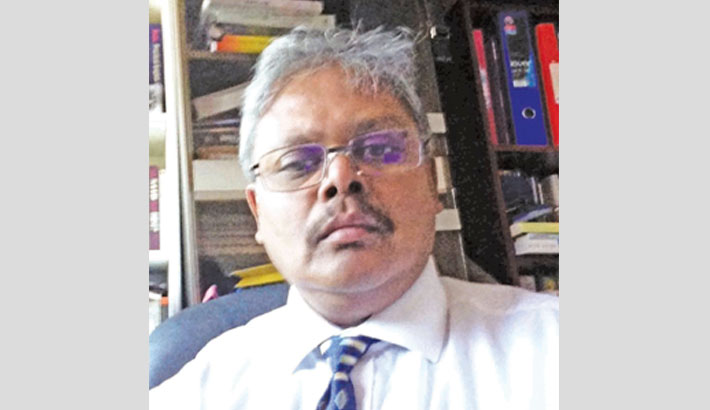 American Astronomer and Science writer Carl Sagan wrote ‘One glance at a book and you hear the voice of another person, perhaps someone dead for thousand years. To read is to voice through time.’ Indeed, journey through a book can reveal the mind of our ancestor. Books, book fair and reading are object, event and activities respectively. These are interrelated matter. Books reborn again and again. Walter Benjamin, the German man of letters suggests that a book is born in the hand of writer and reborn in the hand of reader. Benjamin also suggests that ‘ownership is the most intimate relationship that one can have to objects. Not that they come alive in him; it is he who lives in them.’

This reminds me a Portuguese author named Jose Jorge Letria’s imaginative prose about the magic of books. Letria wrote,

If I were a Book, I’d share my deepest secrets with my readers

If I were a Book, I’d sweep away ignorance.

If I were a Book, I’d be one skyscraper in the city of words.

If I were a Book, I‘d capture you with my captivating tales. 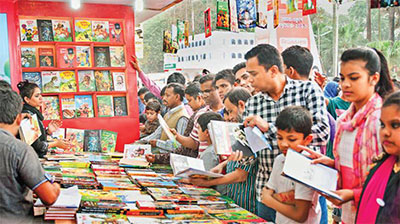 When a book comes to our hand, we can see its’ date of publication, author, location of publication, its’ value, its smell, its weight, its getup and obviously its content. It appears to me that space and time converge at one point. We see a harmonious whole, which allow us to make a decision about whether a book is for me or not. Charles lamb, best known for his Tales from Shakespeare published in 1807, thought that book, a product of another man’s brain, entertain one’s self. Besides book, Lamb also thought that ‘newspapers always excite curiosity’.

William Blades, a 19th century writer and book collector mentioned that ‘books are fragile’. He prepared a long list of dangers to the survival of book. His list includes fire, water, gas, heat, dust, neglect, ignorance, bookworms and he also suggests about the threat that children pose as potential ‘biblioclasts’ or ‘book destroyers’.

In his Letter on the Book Trade, Denis Diderot, French philosopher, art critic and writer, wrote, ‘A man recognises his genius only upon putting it to the test. The eaglet trembles like the young dove at the moment it first unfolds its wings and entrusts itself to a breath of air. When an author composes a first work, he does not know what it is worth, nor does the bookseller. If the bookseller pays us as he wishes, we in turn sell him what we are pleased to sell him. It is success that instructs the merchant and the man of letters.’  This suggests an uncertainty attached to publishing a book. This not only affects booksellers, but also affects writers.

Confucius said to his disciple Tzu Kung, ‘Abandon weapons first then food. But never abandon trust. People cannot get on without trust.’ This is very important in publishing industry. A publisher should trust his author, a newspaper editor should trust his writers, and a bookshop should trust his book suppliers and publishers. So a common denominator in this game is that an author must have to be a trustworthy person.

I enter a book fair and I do not have ‘must read’ book list in my mind. Like Theodore Roosevelt, who was a writer and a former President of the United States, I dislike the idea of ‘must read’ book lists rather I have an open mind. A book fair can gives us an opportunity to follow our preference. In the relationship between authors and publishers, readers are playing a big part. A reader when try to discover a book, he or she might think book as an object and a bookshop as an archaeological site. It is not easy to find an object of interest from an archaeological site, as one might think that a site resist revealing knowledge to an explorer. But it will be found at the end if a reader becomes patience.

In her lecture, given at Hayes Court Common School in Kent on 30 January 1926, Virginia Woolf mentioned that ‘the only advice, indeed, that one person can give another about reading is to take no advice, to follow your own instincts, to use your own reason, to come to your own conclusions.’ This is the comment made by the author of many books Virginia Woolf, when she discussed about how should one read a book. She further added that ‘most commonly we come to a books with blurred and divided minds, asking of fiction that it shall be true, of poetry that it shall be false, of biography that it shall be flattering, of history that it shall enforce our own prejudices. If we could banish all such preconceptions when we read, that would be an admirable beginning.’ This suggests that if we can remove our preconception about a book, then that will be illuminating. Virginia advised a reader that ‘do not dictate to your author; try to become him.’

It is clear that Spinoza’s Ethics or Darwin’s the Origin of Species have their fates. The fate depends on reader. This is the reason Walter Benjamin also mentioned that ‘Books have their own destiny; the destiny of the books is in accordance with the capability of the reader.  Benjamin also mentioned that ‘Writers are really people who write books not because they are poor, but because they are dissatisfied with the books which they could buy but do not like.’

However, I unpack my library knowing the fact that all alphabet are very ordered inside a book, which means less entropy, but in my shelf books are more disordered, which means more entropy. This is a measure of my interaction with the book. The more I interact, the more the books become disordered on my bookshelf. George Martin, an American Novelist said, ‘A reader lives a thousand lives before he dies. The man who never read lives only one’. So, let’s visit book fair and read book.