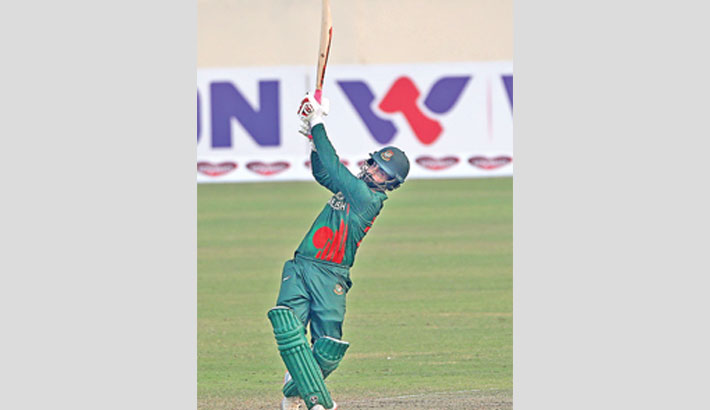 A Bangladesh Cricket Board official on Wednesday said that they won’t force their ODI skipper Tamim Iqbal to play in the upcoming ODI series against New Zealand, starting on March 20 in Dunedin.

“I think he is improving quite rapidly and the MRI report suggests that the injury is not serious. But he is still having some discomfort and only after he starts his practice tomorrow (today) he can say where he stands,” Bangladesh team leader Jalal Yunus told The Daily Sun.

“I think he will have to make his own decision (as far as taking part in the upcoming ODIs is concerned) considering he is the best person to judge his physical status,” he added.

Tamim did not take part in the lone warm-up game in Queenstown on Tuesday as team management rested him as part of precaution for the hamstring injury that he sustained earlier.

Bangladesh team arrived at Dunedin on Wednesday following their five-day training camp at Queenstown and will be eyeing to turn the table when they take on the hosts who lost Ross Taylor for the opening ODI after losing regular skipper Kane Williamson for the whole series.

Williamson was ruled out for an elbow injury while Taylor has been ruled out of the first ODI due to a small tear in his left hamstring.

According to BCB, all-rounder Mosaddek Hossain’s chance of playing the opening ODI is very slim considering he had a grade one tear.

According to a BCB official, Mosaddek seemed to be carrying the injury from Dhaka.

“They are improving but we can’t say anything concrete about them considering they have not played in the ground. We have given them rest and the recovery rate is fine but unless they are doing practice inside the ground it is difficult to suggest anything,” said the official.

“But one thing is for sure that we won’t push them and will try to follow a gradual process as far as their recovery plan is concerned,” he added.

The other two ODIs will be held on March 23 and 26 in Christchurch and Wellington respectively while the three T20Is will take place on March 28, 30 and April 1 in Hamilton, Napier and Auckland respectively.