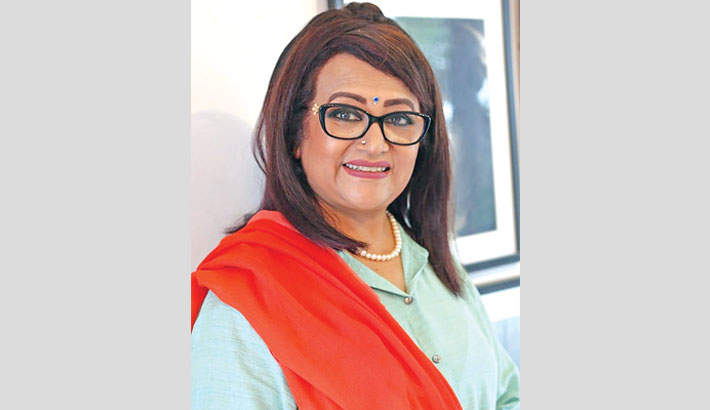 Babita attended the programme virtually. She was introduced by and given the award by Denise Jillson, Executive Director of the Harvard Square Business Association.

Babita said, “It is very humbling to receive such an honour on International Women’s Day. I dedicate this award to all women and children of the world from all religions, races, ethnicities, cultures and philosophies, who continue to move forward despite the many obstacles.”

Babita is a popular film actress of Bangladesh. She is best known for her performance in Satyajit Ray’s ‘Ashani Sanket’ (1973), a novel adaptation about the Bengal famine of 1943, which won the Golden Bear prize at the 1973 Berlin Film Festival. Babita acted in more than 350 films.

The actress is also the goodwill ambassador of Distressed Children & Infants International.