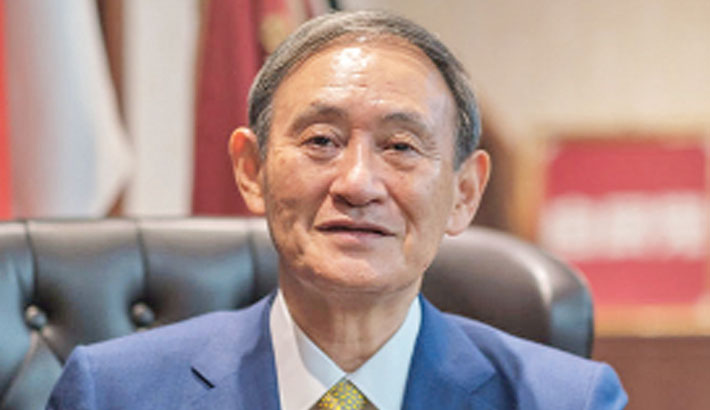 He made the statement in a video message on the occasion of the birth centenary of Bangabandhu Sheikh Mujibur Rahman and the golden jubilee celebration of Bangladesh’s independence on Wednesday.

He has recalled Bangabandhu’s Japan visit and cordial discussion with the top Japanese leaders after the Liberation War of Bangladesh.

“Trust, cooperation and mutual benefits are the basis of Japan-Bangladesh relationship,” he said.

The Japanese premier said during the Liberation War of Bangladesh, Japanese children worked hard to collect aids for Bangladesh and similarly Bangladesh extended its cordial support when Japan faced a devastating earthquake 10 years ago.

He said the cooperation of the Japan government to Bangladesh has not ended. Referring to the ongoing Dhaka Mass Rapid Transit (MRT) project, Hazrat Shahjalal International Airport Terminal-3 project, Matarbari Deep-sea Port, he said Japan will always remain as a major development partner of Bangladesh.

Referring to a crucial geological location of Japan, Yoshihide Suga expressed his country’s intention to make a full effort to realise the free and open Indo-Pacific in collaboration with Bangladesh.