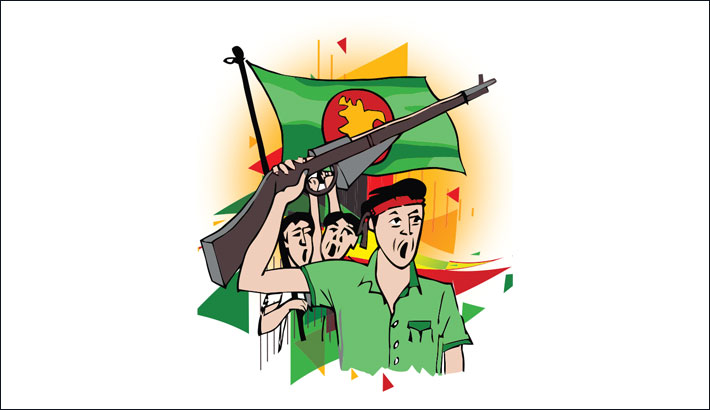 The peaceful non-cooperation movement of Bangalees stepped into its 16th day on March 17, 1971 in East Pakistan amid the discussion between Awami League chief Bangabandhu Sheikh Mujibur Rahman and Pakistan President Yahya Khan.

On this day in 1971, Bangabandhu met Yahya at the Governor House for the second consecutive day to resolve the ongoing crisis.

They talked for around an hour and at the end of the meeting, Bangabandhu at a press briefing told journalists that the discussion would continue until they achieved their goals.

It was Bangabandhu Sheikh Mujibur Rahman’s 52nd birthday on the day. Many of his followers had brought flowers for him but Bangabandhu had not received those. He had only waved his hand towards the people who gathered in front of his Dhanmondi-32 residence.

Bangabandhu replied, “The people of my country are simple, poor and grief-stricken. Nobody takes into account their birthday and death day. I’m the leader of such ill-fated people. My fate is very much interlinked with the fate of my people. My birthday carries no extra significance. That’s why there’s no candle, cake or celebration.” Mawlana Abdul Hamid Khan Bhashani, on this day from a public meeting in Chattogram, urged the people to observe March 23 as ‘Swadhin Purba Bangla Dibash’ instead of National Day of Pakistan.

On that night, the date of the next meeting was announced and it was said that President would meet Sheikh Mujibur Rahman on March 19.