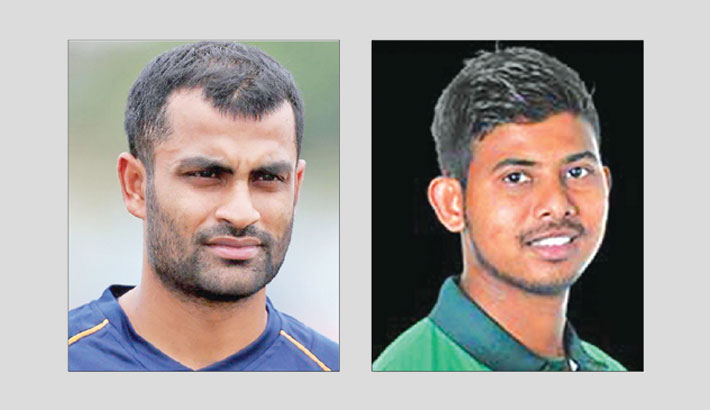 Bangladesh received injury scare ahead of the upcoming ODI series against New Zealand as skipper Tamim Iqbal and all-rounder Mosaddek Hossain have complained of respective injuries.

While Mosaddek had been ruled out from the intra-squad warm-up game today, the possibility of fielding Tamim in the game also looked very slim considering he sustained a hamstring injury during the practice session on Sunday.

“Mosaddek Hossain hurt his knee during fielding practice on day one of training in Queenstown. He is not available for the warm-up match as he is recovering,” Bangladesh Cricket Board informed the media through a WhatsApp message on Monday.

Later a BCB official accompanying the touring party confirmed to The Daily Sun that their ODI skipper Tamim is also dealing with injury problems along with Mosaddek.

“We have given him (Mosaddek) injection and hopefully he will recover within two to three days,” said the official, requesting anonymity.

“As far as Tamim is concerned, he has got a slight hamstring and we may rest him in tomorrow’s (today’s) warm-up game as part of precaution,” he added.

The touring Bangladesh squad is set to play the practice game ahead of the series comprising three ODIs and three T20Is, their only warm-up game before the series gets underway on March 20.

As the tourist team doesn’t have enough players to form two squads, they will include few local cricketers to form the two teams for the warm-up game.

On Monday, BCB strength and conditioning coach Nick Lee expressed his satisfaction with the overall fitness standard of Tigers and he added that staying for a longer period helped them to adapt to the condition.

“In terms of other teams that I have worked with, this team is an incredibly hard-working team. They have some of the most professional players that I have seen,” said Lee.

“Mushfiqur Rahim is a great example for some of the younger players. They are starting to follow him. The majority of the squad does what is asked of them. I think they are starting to realise that in this day and age, it is incredibly important to be physically fit.

“There’s a lot of travel and often games are congested in a short space of time. You do need to be on top of your fitness work so that you can recover between matches and keep playing at a high-intensity the whole year round.

“The little bit longer we have spent in New Zealand may be a blessing in disguise. It actually allows us to build towards matches a bit slower than the original schedule. Although we were in quarantine in Christchurch for two weeks, the players were given some bands and exercise bikes.

“After the seventh day, they allowed us to use the gym every day. They could also do running and sprint work. Once we have been in Queenstown, we have been able to ramp it up. These are excellent facilities with access to the gym and swimming pool,” he added.