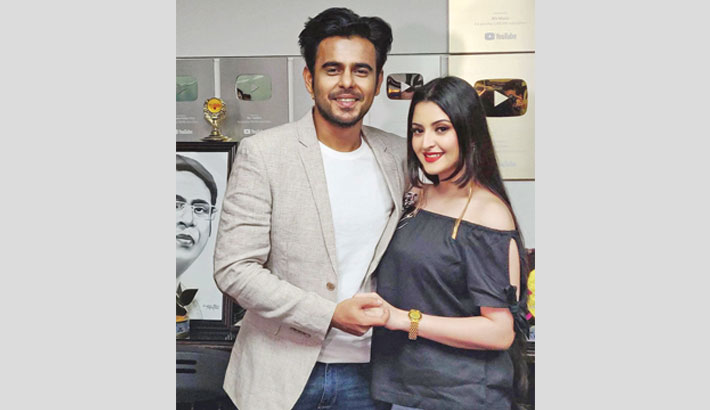 Popular Dhallywood actors Siam Ahmed and Pori Moni have paired up once again for a new movie titled ‘Biopic’. Under the banner of Bengal Multimedia, Sanjay Samaddar will direct the movie.

About the film, Siam Ahmed said, “At the beginning of my career I’ve worked as an anchor for RTV. I’ve a good connection with this organisation. It’s feel good working with them again. The ‘Biopic’ is a thriller movie. I’ve paired up with Pori Moni for the third time. Besides, Director Sanjay Samaddar has already proven his talent. I hope this will be a good movie.”

Pori Moni said, “Bengal Multimedia is a big production house of the country. The team of this house is much organised.  I love the story of the film and my character as well. I can say the audience will see something different.”

Director Sanjay Samaddar said, “As a director, I always want to make a good film. For me, this is a dream comes true moment. I’m grateful to Bengal Multimedia for give me the opportunity. I hope the audience will not be disappointed.”

Syed Ashik Rahman said, “We want to bring back the golden era of our cinema by making good movies. Sanjay, Siam and Pori will present something unique. I hope the audience will be back to the cinemas through this film again.”